Better Call Saul Season 5 will show the progress of Bob Odernik from an innocent lawyer Jimmy McGill to a crooked conman Saul Goodman. AMC has already confirmed that when the events of this show reach the timeline of Breaking Bad, they would wrap it up. It is why Better Call Saul has been renewed for a sixth season that will be the last season with 13 episodes and a 2021 release date.

Fans have always been looking forward to the journey of Jimmy and the circumstances which made him Saul Goodman. Better Call Saul series will conclude with season 6 which will start production from next month. Meanwhile, season 5 of Better Call Saul will take things into the final stages as several characters from Breaking Bad including Hank will make an appearance.

Better Call Saul Season 5 Episode 1 official plot synopsis reads as, “Now doing business as Saul Goodman, Jimmy unveils an unorthodox strategy for client development that tests Kim’s tolerance of his new legal persona; Lalo searches for the mysterious Michael, only to discover a problem within his own operation.”

Bob Odernik has revealed that season 5 is the best season so far and he has really loved the story and told the fans not to miss it as it has been amazing so far. Better Call Saul Season 5 will air on Sunday, February 23 at 10 pm. After that, it will resume the regular schedule where new episodes will be aired on Monday, at 9 pm on AMC. 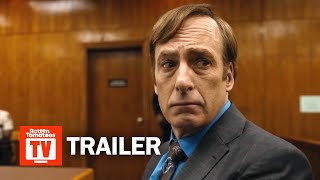