Ariana Grande, on Saturday took to Twitter and shared a cryptic post. It is believed to be addressing the late rapper Mac Miller. Ariana Grande simply said “Miss You” without any mention of further details.

Several hours after that, the singer, Ariana Grande also posted a picture of the pair having a good time together on Instagram.

It seems that Ariana Grande has been missing her late ex-boyfriend, Mac Miller on the day that would have been his 27th birthday.

Mac Miller and Ariana Grande dated for two years before quitting things in May. After some months, Mac Miller died due to an accidental overdose in September.

Ariana Grande has shared many tributes after his death. Grande last shared a picture of Mac Miller back in December and immediately deleted the photo. She finally opened up about it and said that she is ready to move on.

In December, when Ariana Grande won the Billboards Woman of the Year award. She shared about her tumultuous year and also struggled to hold back her tears.

Ariana Grande faced it all from her ex-boyfriend’s death to breaking up with Pete Davidson, ex-fiancé.

I want to say that I find it interesting that this has been one of the best years of my career and the worst of my life. I’m not saying that for sympathy, I’m just saying that because I think a lot of people would look at someone in my position right now…and think, ‘She’s got it all.’ 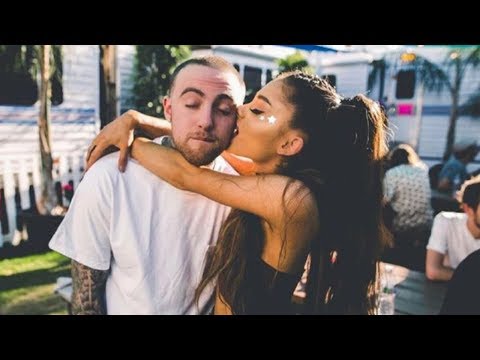 Ariana Grande said that the last year was one of the most conflicting years of life and she has no clue about what she would do next. After the rapper, Mac Miller’s death, Ariana Grande has shared picture. It was a black-and-white picture of Mac Miller sitting on the grass and gazing up.

The singer also said that she has always adored Miller and it was really hard for her to believe that he has left them. She was even trolled online of capitalizing on the rapper’s death.