Apple smart glasses or augmented reality (AR) headsets could be the next big thing from the tech giant as suggested by their new patents. The recently submitted patent from Apple focuses on making the smartglasses more durable as the device will have protective features in case it falls down or is hit hard by some other object.

The new protective technology can make the AR headset and glasses stronger and Apple could adopt the tech in their upcoming models of smartglasses. Apple has patented two modes for the protective glasses as per the latest reports from Patently. Here is detailed information on the new patents for Apple smart glasses and details on their release date, price and features.

Patently Apple is a trusted source which always predicts correct information about Apple device based on their submitted patents. It lists two modes for the upcoming Apple AR headset, the normal usage active mode and the idle protected mode. The active mode in Apple smart glasses will be the default mode when a user could perform the general tasks and features.

While the protected mode will put the Apple smartglasses in a kind of stasis, and the visual lenses will remain intact no matter what happens. The glasses, lenses and other components will be protected and would be prone to any kind of physical damage.

Apple is currently working on the VR and AR headsets and there no features focusing on protecting the glasses. The rumored Apple patent which indicates a protective mode could make Apple stand out from other tech companies producing smart glasses.

North’s Focals 2.0 bring us a step closer to a vision for Apple Glasses. pic.twitter.com/Usq13Y5eu1

Apple is trying hard to release the AR smart glasses before 2020 ends to stay ahead in the competition and is already in talks with various institutes for incorporating the augmented reality features. It is too early to talk about Apple AR smart glasses price, but the tech is expensive and it could easily cost more than $999 for the starting range. 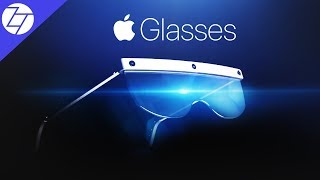