Apple iPhone SE 2 is going to be one of the most exciting devices released this year and fans are eagerly waiting for the budget smartphone. While Apple has lined up many expensive products to be launched in fall 2020, iPhone SE 2 will come out way earlier.

There are also rumors that Apple is planning to release two versions of iPhone SE 2 this year. The second version will be launched in late 2020 and will have a bigger screen compared to the regular iPhone SE and it is temporary named as Apple iPhone SE 2 Plus. Here is more information on the iPhone SE 2 release date, specs, price, rumors and the second version of that same device.

Apple iPhone SE 2 could be the last device from the tech giant to use an LCD screen as the upcoming iPhone 12 is rumored to feature the new OLED displays. The sources from Apple’s Taiwan supply chain are claiming that the Cupertino based company is planning to introduce a second device with LCD screen displays.

There is nothing confirmed about Apple iPhone SE 2 from official sources but is expected to arrive in the first quarter of 2020. It means iPhone SE 2 could have a release date of March 2020 and there are some reports that it will be officially called iPhone 9 for the reason being closer to iPhone 8 compared to iPhone SE. As for the price, iPhone SE 2/iPhone 9 from Apple could cost around $325-$450 depending on the storage variant. 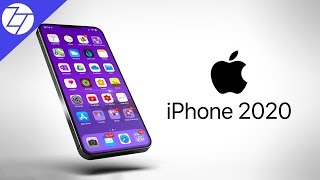