Apple iPhone 9 could be the latest model to come out and it could even have a bigger variant named iPhone 9 Plus. The Cupertino based tech giant will announce the new budget iPhone also called iPhone SE 2 very soon. The new line of iPhones would have been revealed at the March 2020 launch event but it has been canceled due to the Coronavirus pandemic. The latest reports claim that iPhone 9 and 9 Plus have entered mass productions and will have a June 2020 launch date.

Apple iPhone 9 and 9 Plus Specs and Features

Apple iPhone 9 is the next mid-range smartphone rumored to come out and recent reports have almost confirmed it. The latest iOS 14 leaks have now revealed that it will have a larger variant as iPhone 9 Plus. There is not much known about the iPhone 9 Plus model but it is speculated to have similar design and specs as the iPhone 8 Plus.

The iPhone 9 model will have a 5.5-inch screen with a Home button containing the Touch ID. Whereas the base model of iPhone 9 will have a 4.4-inch display similar to the iPhone 8, which is why it is no longer called iPhone SE 2. The new iPhone 9 series will be powered by A13 Bionic chip and will have a budget-friendly price tag.

Apple iPhone 9/9 Plus were earlier slated to release at the end of this month but the Coronavirus pandemic has disrupted the entire schedule. It is reported by Jon Prosser that Apple has just started the mass production of the iPhone 9 devices and spread out production to various countries so that the process moves faster.

According to 9to5Mac, found within iOS 14 code, Apple plans to release a 5.5-inch iPhone 9 Plus alongside a 4.7-inch iPhone 9. pic.twitter.com/MDuXMXARud

It suggests that despite the Covid-19 outbreak pandemic Apple plans to launch iPhone 9 and iPhone 9 as early as possible. There are some fans who think that Apple will launch the iPhone 9 series at the WWDC event in June 2020, but that won’t happen. Apple could release the mid-range iPhone 9 as early as April or May through a simple web refresh, something it did for the new iPad Pro recently. 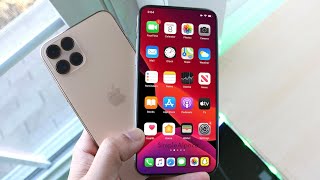