Apple iPhone 12 rumors are heating up as we have entered 2020 and the upcoming smartphone seems to be fully loaded with new features. While Apple is rumored to be working on a budget iPhone too, every user is eagerly waiting for the premium smartphone series of iPhone 12.

According to information shared by Max Weinbach to @everythingapplepro, at least one iPhone 12 model will be available in a Navy Blue finish. This new color could replace Midnight Green. pic.twitter.com/4Bm58Syr0H

As per the latest design leaks, Apple could introduce a new color variant for the iPhone 12, just like the Jet Black color option came up with iPhone 7 in 2016. Here are more details on Apple iPhone 12 design, leaks, rumors and features hinting that midnight green color option will be replaced by brand new navy blue variant.

The recently launched iPhone 11 Pro lineup only had a limited color variant including the new Midnight Green in addition to the normal Space Gray, Silver, and Gold options. However, the base model of Apple’s iPhone 11 had vibrant colors with a total of six options. Apple will keep the same strategy for the upcoming iPhone 12 Pro lineup but certain leaks are claiming that Midnight Green color will be ditched and replaced by Navy Blue finish.

The same leaker Max Weinbach correctly predicted the addition of Midnight Green color to iPhone 11 Pro lineup last year and hence it seems plausible that the color change rumors are true. Even other concept images released for Apple iPhone 12 supports the Navy Blue variant and it could receive similar status as the Jet Black color iPhone 7,

Apple iPhone 12 is rumored to have four variants, one 5.4-inch model, two 6.1-inch devices, and a 6.7-inch model that will support OLED display screens and 5G connectivity support. The Cupertino based tech giant is also working on a mid-range smartphone to be called as iPhone 9/iPhone SE 2 that will release in March 2020. As for the iPhone 12, Apple will be launching the premium high-end smartphone in its annual September event later this year. 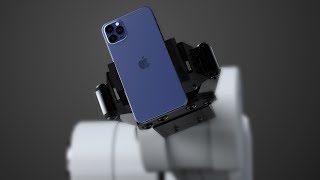