Apple iPhone 12 Pro is one of the highest anticipated smartphones of this year and the specs would be way powerful. The camera quality of iPhones is better than most of the competitors which makes them stand out and is the main reason why they are so popular.

These are the most requested iPhone 12/12 Pro features from Apple Hub followers based an inquiry ran a few days ago. Features are listed based on popularity. pic.twitter.com/khsKmEBwuc

Apple introduced the triple-lens camera setup with the iPhone 11 Pro series and the upcoming iPhone 12 Pro is expected to introduce a 64MP ultra-wide lens along with several major upgrades. Here is more information on Apple iPhone 12 Pro camera specs, release date, and other upgrades.

iPhone 12 to have 64 MP Camera with Improved Specs

Apple iPhone 12 introducing 64MP cameras is a major step for the Cupertino based tech giant as the previous flagship iPhone XS and iPhone 11 Pro only had 12MP lenses. As per the leaked reports from Max Weinbach, iPhone 12 Pro series is bringing a major change in the camera department.

There are several prototypes tested for iPhone 12 Pro and the 64MP lens is one of the major models. Apple is also introducing the ultra-wide lens which will let 35 percent more light for low-light environments and f/1.6 aperture. Apple iPhone 12 will also give more exposure along with macro shots including Smart HDR as one of the major upgrades.

Apple iPhone 12 launch should happen at the annual September event later this year but there are a few rumors claiming that the company might delay the release it. The effect of Coronavirus in China is serious and could delay the production of iPhone 12 Pro but it won’t postpone the September 2020 release date. There could be a shortage of the iPhone 12 units in some areas but the release date won’t be postponed. 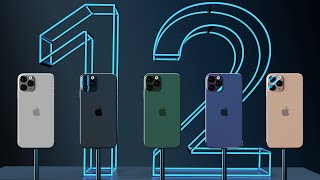