Apple iPhone 12 could mark the comeback of Touch ID as the biometric security feature but with an upgrade of an in-display fingerprint sensor. The Cupertino based tech giant launched Face ID in 2017 but it doesn’t mean that end of Touch ID as authentication will never happen in the future.

The fingerprint-based security feature has been since rumored for many future iPhones and iPhone 12 could be the device that brings it back. The upcoming 2020 iPhone lineup known as Apple iPhone 12 series will have an in-display fingerprint sensor as the main security feature.

Apple joined the bezel-less smartphone group with iPhone X in the year 2017 and with that, the home button and the fingerprint sensor and Touch ID were also dropped off. But every latest flagship smartphone has now touch ID without bezels as the fingerprint sensor now comes under the screen without any additional space. Apple could also join the trend and the upcoming iPhone 12 could have a fingerprint reader build beneath the display screen.

As per the reports, Apple has started to work on developing its own in-display fingerprint scanning feature. It could also mean that Apple iPhone 12 will have both touch ID and Face ID as the authentication factor. But the in-display fingerprint sensor is only in the testing phase at Apple HQ and it means that the feature could come up with the next model after iPhone 12.

Apple iPhone 12 launch should happen at the annual September event later this year but there are a few rumors claiming that the company might delay the release it. The effect of Coronavirus in China are serious and could delay the production of iPhone 12 and also postpone the September 2020 release date. There are also reports that Apple is having problems with the 5G antenna of iPhone 12 and 5G variant might not release on the scheduled time. 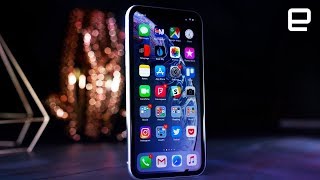