Apple iPhone 12 concept images and videos are starting to come out despite there is a long wait for the release of the smartphone. One of the latest concept art suggests that Apple might be upgrading the camera system of the iPhone 12 and add a fourth lens with a new design in the front.

The rumors that Apple could start the 2020 decade with a total overhaul design sounds intriguing but it is not something the Cupertino based tech company would do. Apple iPhone 12 design leaks are claiming that it will not have a display notch and there will be a four-lens rear camera system, although the rumors could be fake following the iPhone history.

iPhone 12 Leaked Design: Can Apple Bring so Many Changes?

The latest iPhone 12 concept video shows a lot of changes in the device as compared to the previous models. It is rumored that display notch which was a popular trademark of Apple iPhones won’t be featured in the 2020 iPhone device. Even though there is no need for motorized parts for selfie cameras and other front-facing sensors, it would be difficult for Apple iPhone 12 to fit them in the much thinner bezels.

"Some people have asked why we would remove the camera from the iPhone 12," Phil Schiller, Apple's marketing chief, said yesterday. "It really comes down to one word: courage. The courage to move on to do something new that betters all of us" pic.twitter.com/lwdyQHTNeq

The biggest change in the iPhone 12 which is also reported by many tech publications and channels, is the addition of the fourth lens on the rear camera setup. But if we look at the history of camera development for Apple iPhones, it won’t be possible for the company to apply so many changes in just a year. Apple started the dual rear camera setup from iPhone 7 to the iPhone XS devices. The triple-lens rear cameras are only the features of the iPhone 11 and hence the rumors of iPhone 12 to have four-camera setup sounds very fake.

Apple iPhone 12 leaks won’t be confirmed or denied until the smartphone is officially launched and it would be possible only around fall 2020. The exact release date of the next Apple smartphone is not out yet the company maintains a strict annual schedule and releases new products only in their September event. It means that the iPhone 12 could have a September 2020 launch date and there are also rumors saying that it will be boxed with AirPods from Apple. 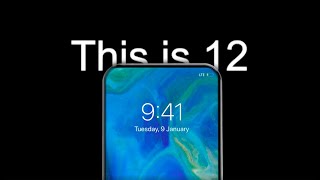