Apple iPad Pro 2020 release has been confirmed as the recent iOS 14 leaks show that the new tablet is real. The Cupertino based tech giant is working on a lot of new hardware products that will be launched in 2020. The new software update iOS 14 is out for some users as beta testing and it has revealed other information too.

It is reported that Apple will host a new event in Spring where it would launch iPhone SE 2, AirTags (over the ear AirPods) and the much-awaited 2020 iPad Pro. The iOS 14 is currently out in beta and the alleged leaks contain insights on the Apple iPad Pro 2020 tablets and the new features it will offer.

The string of iOS 14 code leaks confirms that the 2020 iPad Pro would feature a triple rear camera setup similar to the iPhone 11 Pro series. There will be a wide-angle sensor, a telephoto shooter, and an ultra-wide shooter on the back of the upcoming premium Apple tablet. It is also confirmed that the new iPad Pro will have Time of Flight 3D sensor for computational photography and possible augmented reality apps.

According to 9to5Mac, based on leaked iOS 14 code, iPadOS 14 will include more advanced mouse cursor support including multiple pointers and right-click. pic.twitter.com/EcPyoFYOmR

The same iOS 14 leaks claim that the new iPad Pro 2020 will feature full mouse cursor support similar to the MacBooks. There is another report which mentions the new Smart Keyboard that will be equipped with trackpad and backlight and can be used with the iPad Pro 2020. Apple plans to make the latest iPad Pro as an alternative to laptops and hence mouse support and smart keyboard are essential.

Apple iPad Pro 2020 could be launched in the first quarter of 2020 and it will be one of the first products to be equipped with the mini-LED display technology. The tech giant has lined up a lot of new hardware updates and they should all be unveiled at the end of this month.

The popular Apple analyst Ming-Chi Kuo has also predicted that the company will launch a new iPad Pro with higher specs in this year. Amid the Coronavirus fear, Apple might change the launch event to an offline setup and release the iPad Pro 2020 at the end of March 2020. 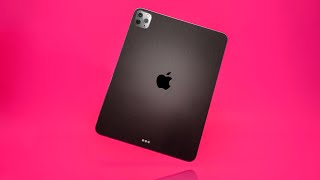