Apple iOS 14 is under development and the developers are making sure it has no issues and bugs like the latest released iOS 13. There are so many updates for iOS 13 released over the last few months to fix the problems and bugs. It is why Apple has developed a new technology to test the features in iOS 14 and make sure they don’t repeat the same mistakes as they did with iOS 13.

The software testing methods for the upcoming iPhones will have an internal change and the whole process will be enhanced. As per the reports, Apple is working on a new process to develop iOS 14, the next-generation operating system for iPhone and it will give the devs options to enable or disable selective buggy features.

Apple iOS 14 which will most likely be released in June next year at the WWDC 2020 conference, will have some big changes to test out new features. The developers, testers and employees working at Apple will be able to disable any particular feature that is not working properly.

In a brand new report by Bloomberg it has been revealed that Apple and
Craig Federighi will change how iOS 14 will be made and tested after the bugs and issues on iOS 13.

It means that any of the features having bugs can be disabled by default and won’t affect other iOS 14 operations in the 2020 iPhones. They will also be able to enable to the same buggy features so that they can understand the issue and error in detail and its effect on the entire operating system.

Apple testers will use the iOS 14 software features and assess the performance before launching it to the public. Before the new development process for iOS 14, the whole thing was organized and different teams would add different software builds, making it hard to test out the new features.

It is the main reason why iOS 13 was so messy and filled with bugs, that caused screen glitches, keyboard issues, Bluetooth and WiFi connectivity errors. Apple has learned from its mistakes and will apply the iOS 14 testing method for iPad OS, macOS, tvOS, watchOS and other operating systems. 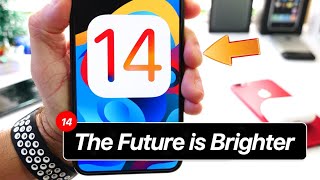