Apple iOS 14 will be much better and innovative among the software updates and will bring plenty of cool new features for the iPhone users. While Apple fans faced a lot of issues in the iOS 13 update, it won’t happen again as the Cupertino based tech giant has developed a new strategy for debugging the OS and there will no more errors in the live update.

A brand new report citing multiple credible sources says that #Apple is designing a brand new call screen for #iOS14. The report says the new design will not take up the whole screen and will be one of a handful of UI changes.#iOS #iPhone pic.twitter.com/1yBlf5HjdC

Apart from the usual upgrades and improvements, iOS 14 will also support third-party applications as default for activities such as web browsing, manage email, send texts and more. Here is everything you need to know about Apple iOS 14 release date, beta version, rumors, features and third-party apps support in the next OS update.

Apple iOS 14 development is done through a whole new process so that there are no glitches at the launch. Along with that, there are new plenty of new features in iOS 14 that have been demanded by fans for the last few years. One of the best feature rumored to ab added in iOS 14 is the use of third party apps and setting them as the default application.

Until iOS 13, iPhone and iPad users were not able to use their favorite apps for email service, web browsing, accessing text messages, etc and were forced to use Apple created apps only. It will change this year with iOS 14 as Apple is rumored to get a bit easy on the users and let them use their desired apps for any default service. The feature in the next OS update sounds very promising, although Apple has not confirmed anything about it.

Apple has always been consistent in the launch of iOS updates and follows a strict annual schedule. However, many reports are claiming that Coronavirus infection in China and other regions has delayed the production of the iPhone 12 and will also have an effect on the development of iOS 14.

While iPhones are assembled in Chinese factories, iOS development happens mostly in the United States and it is an indoor process. Apple will launch the beta version of iOS 14 at the WWDC 2020 event along with the full release in September 2020 along with iPhone 12 series. 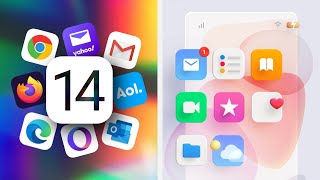