Zootopia 2 release date is coming soon as Disney is working on the sequel for their billion-dollar grossing animated movie. It makes sense to have a Zootopia sequel as the first one was amazing and did so much of worldbuilding and introduced us to so many characters.

There are also reports that Disney is working on two Zootopia sequels as they want a trilogy for the movie series. Here are more details on Zootopia 2 release date, trailer, cast, plot details and also the possibility of Zootopia 3 under works from Disney.

Zootopia 2 could have the main cast members returning for the sequel along with a lot of new characters who will be portrayed by new actors. Here are the confirmed names set to appear in the upcoming Zootopia sequel.

Zootopia 2 has so many possibilities and there were so many ideas left from the first movie which could be now included in the second part of the movie. Nick Wilde and Judy Hops would team up again in the sequel of Zootopia to take down criminals and save the city from new threats.

Zootopia 2 and 3 are happening as Tommy “Tiny” Lister (Finnick) has kind of confirmed that Disney is working on two sequels of Zootopia and planned a trilogy. Also, a Zootopia-themed land is opening in Shanghai Disneyland and the company has full faith in the franchise.

On this day in 2019, Disney officially announced that Zootopia Land will be coming to Shanghai Disneyland. I really hope it comes to the United States in Florida or California in the future, because I’m not traveling that far to the other side of the Earth from my area. pic.twitter.com/dqVtoYilP6

There are also rumors saying that Zootopia 2 and 3 will release with a very short gap and could be interconnected sequels like Avengers: Infinity War and Avengers: Endgame. 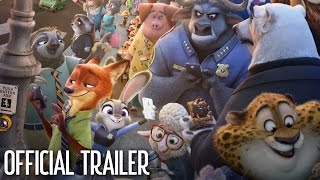