Young Justice Season 4 has been officially in works and fans of this DC animated superhero show are very excited. While the show itself has gone through many ups and downs, the fourth season of Young Justice will be very intense and have an amazing storyline. The makers confirmed that Young Justice will be returning for season 4 during the 2019 San-Diego Comic-Con and shared key updates on the show.

Daily reminder that Young Justice S4 is in development pic.twitter.com/IqagUo33F8

There will be a lot of surprises for Young Justice fans and it will be revealed slowly over the next few months. Here is everything you need to know about the Young Justice season 4 trailer, release date, cast details, plot spoilers, and more updates.

Young Justice Season 4 is right now under work and has high chances of coming out at the end of this year. The recently released Young Justice Season 3: Outriders received an amazing 94% approval rating and acceptance score of 87% on Rotten Tomatoes, further boosting the possibilities of the fourth season.

If you haven't seen Young Justice then stop whatever you’re doing and watch it right now or else you’re going to jail pic.twitter.com/jNAWw3yu0G

Young Justice Season 4 plot is kept secret and only a few details are shared with the fans by the writers. Vietti and Weisman said that Beast Boy and the Outriders group will be explored further in the next season of Young Justice. Lex Luthor and Deathstroke have also been teased at the post-credits scene and will be playing the main villain in Young Justice season 4. Here is the confirmed list of actors set to return for season 4 of Young Justice show on the DC Universe streaming app and Netflix for international release. 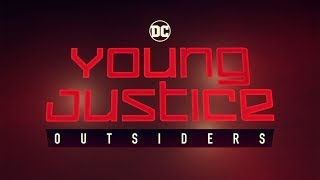