The Valencia Test run went phenomenally for Yamaha. Maverick Vinales topped the timesheets with Rossi finishing P3 on the first day. This performance was a positive sign on the engine for the Iwata factory.

After the run, Vinales said that the entire team was focused on the engine’s performance. The Spaniard said that there were some issues in the cornering with the new engine. However, these “sudden improvements” on the new engine made him feel “much better.” He also revealed that Yamaha is now working on improving the acceleration. Yamaha has struggled with it in the past, and it is the only way to give the required power to the wheels. 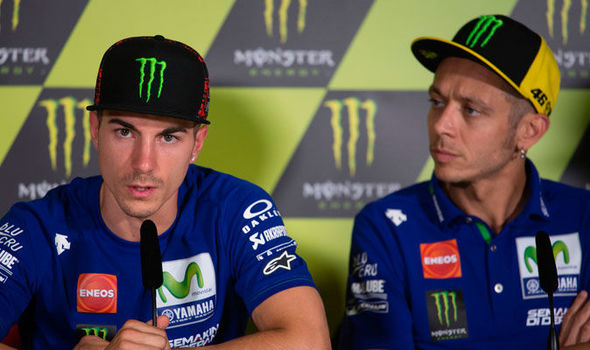 Valentino “The Doctor” Rossi also said that the day, despite the short interruption by the rain, ended on a positive rate. He continued saying that Yamaha had a trouble of tire degradation, and that’s why this upgrade was necessary.