Following Ronda Rousey’s WWE debut, it appears that Conor McGregor might be the next big UFC name to jump ship to the WWE.

Excellent job Jason Statham, I tip my cap to you.
I’ll take it from here.
I nominate Floyd Mayweather. @properwhiskey pic.twitter.com/9IrFUXyehx

While the WWE and UFC have been rival promotions, there has been some sort of a cordial relationship between Dana White and Vince McMahon. While the two have never officially embraced it on television, the fact is that superstars from each promotion keep appearing on another. Let us take a closer look:

Given that there have been a number of stars who have appeared on both promotions such as Brock Lesnar, CM Punk, Ken Shamrock, Dan Severn. and more recently Ronda Rousey and Matt Riddle among others, it won’t be a complete surprise if WWE wants Conor McGregor to join the company.

McGregor has teased a WWE debut a number of times in the past, with the most recent one being after Becky Lynch’s win at WrestleMania 35. Given Ronda Rousey’s success and WWE’s attempt to make their show look more like a legit sport, they might just make an offer to McGregor that he can’t refuse!

In 2015, Ronda Rousey shut down the women's soccer equal pay question with logic.

"How much you get paid should have something to do with how much money you bring in. I'm the highest paid fighter, NOT BECAUSE (UFC owners) wanted to do something nice for the ladies." #USWNTParade pic.twitter.com/RGVMiYcG9C

Will We Get McGregor vs Lesnar at WWE?

If he jumps ship, Conor McGregor is certain to face Brock Lesnar at the WWE. Given their weight difference, the match between McGregor vs Lesnar could just not have been possible at the UFC, but since WWE has no such restrictions – and that Vince loves a David vs Goliath encounter, it would be interesting to see McGregor fight the beast inside a WWE ring! 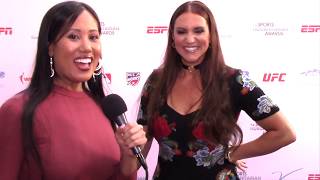