WWE Extreme Rules was one of the most exciting and interesting WWE Pay-Per-View events after quite a few boring ones such as the Super ShowDown and Stomping Grounds. This one, however, was actually intriguing and had some shock moments. 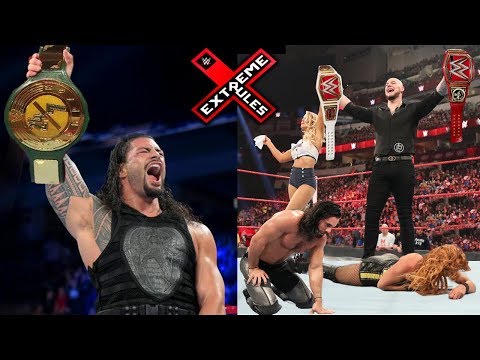 Let us take a closer look at what went down:

Following the Seth Rollins and Becky Lynch vs Baron Corbyn and Lacey Evans match, Brock Lesnar walked out with his advocate Paul Heyman and cashed-in his WWE Money In The Bank contract and became the new WWE Universal Champion at WWE Extreme Rules after he pinned Seth Rollins following an F5.