World of Warcraft fans waiting to get its “vanilla” experience will not have to wait for much longer. Blizzard has finally announced that WoW Classic will be launched as a free expansion for subscribers on August 27.

A few lucky WoW fans stand a chance to get access to the game even sooner. Blizzard has also announced a closed beta test for which, it is sending invites to active subscribers.

But not everyone will be able to get the coveted invite. The studio has stated that it wants to get the right mix of players who can give the appropriate feedback to enhance the World of Warcraft Classic experience. Hence, only dedicated players meeting select criteria will be chosen as invitees.

Blizzard has also confirmed stress tests for World of Warcraft Classic. Active players can opt-in for the stress tests on their Battle.net account. This may give players a good chance to get an invite, though it doesn’t guarantee it.

World of Warcraft Classic players will also get a chance to claim their character names even before the servers open. Character creation will open from August 13, allowing players to create up to three characters on one account.

What can World of Warcraft players expect from WoW Classic

The main idea behind the game is to allow players the “vanilla experience” of World of Warcraft, before any expansions or updates. It was first teased during BlizzCon 2017, though the first details only emerged the following year at BlizzCon 2018.

Since then we have also learned that WoW Classic will be based on “Drums of War”, or Patch 1.12.0, rather than being built from scratch. This was decided after careful consideration after Blizzard reached the conclusion that “Drums of War” represents the most complete version of the classic experience.

Although designed to provide the vanilla experience of WoW, Blizzard has also planned for post-launch updates. There will be six phases of content updates to be with a mix of gears, activities, and raids being added along the way. 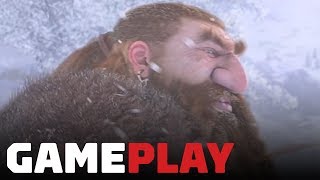