People often share big news related to their lives with others through social media sites. Someone’s got engaged? Soon we see the ring and wedding pictures. Someone’s got pregnant? We see cute gender reveal and pregnancy announcement photos, and that’s just the beginning. Once the baby is born, there’s bound to be post after post of this little child’s first step, first word, the first day of school. The list is endless.

But when a 24-year-old woman named Abby shared an important and life-changing decision for her, not everyone liked the news. She used the idea of gender revealing photoshoot to announce her big news, but her big news was exactly the opposite of being pregnant. She was announcing that she was sterilized and would never be able to have children of her own.

While many people dream of being parents from the time they’re little kids, not everyone does. Many people decide to remain child-free throughout their lives, and most of them don’t regret this decision. Abby is one of those people.

But after 6 years of running from doc to doc and jumping through hoops, 25 Y.O. Abby has finally gotten sterilized 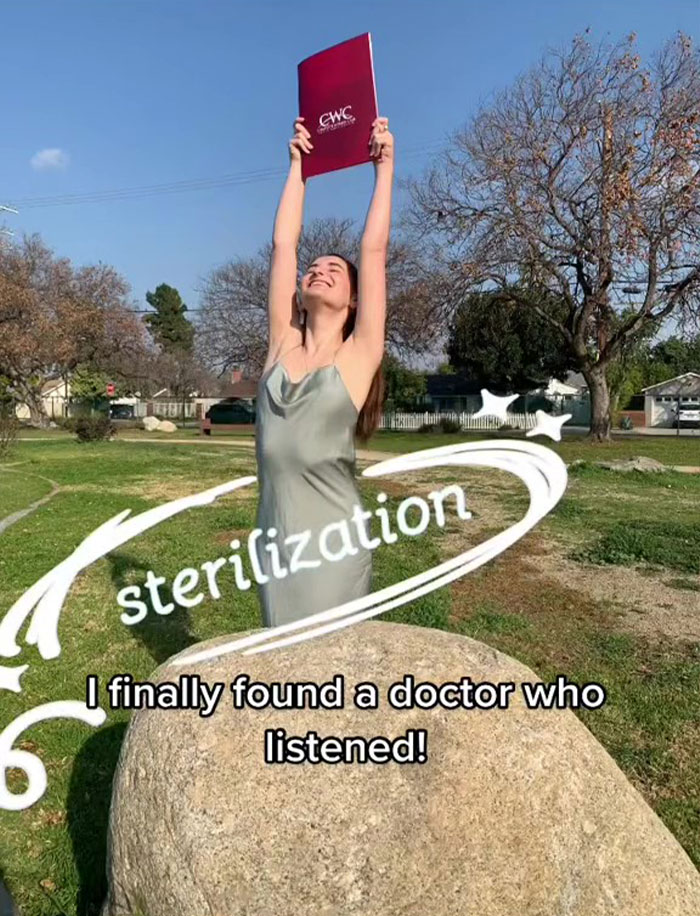 Deciding not to have children was easy for Abby, but finding a doctor willing to perform the operation to sterilize her was very difficult. She told BuzzFeed News that the biggest reasons doctor after doctor told her “no” was that because she was so young they worried that one day she would change her mind and regret this decision.

Abby doesn’t worry that she’ll ever regret having children. She explained, “Better to regret not having a kid than to have one and regret it. At the end of the day, if I regret it, I am the only one suffering for it.” She added, “I think a lot of people ignore the fact that sometimes people regret becoming parents. It’s not uncommon, even if it is taboo to talk about. I honestly think we should talk about parental regret more instead of pretending that parenthood is perfect and magical. Societal pressure to procreate hurts everyone, and maybe more parents could get help if we talked about it more.”

“My journey began when I turned 18. I realized that traditional birth control methods were not right for me (the pill and hormonal options made me sick and I have a few phobias that kept implants from being an option), and since I had known for a while that giving birth was not something I wanted, I figured I would start the process of asking,” elaborated Abby. “I realized at the time that it would probably take years of asking, but I was not prepared for how emotionally taxing it would be, or even how hostile (for lack of a better word) some of the doctors would get.” 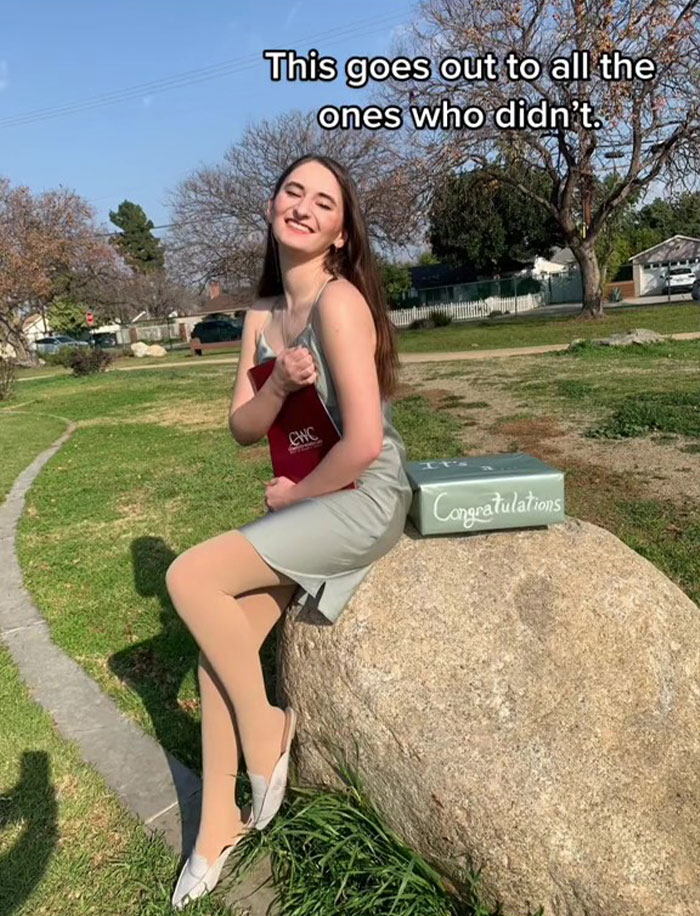 “There’s this idea that there’s some internal biological clock that women have, and it could go off at any moment and you’ll change your mind. The belief that if you just go through with it and have the baby that maternal instinct will kick in and magically fix everything. That it is what a woman is supposed to do for humanity, or god, or society. And a lot of these ideas are harmful, not just to child-free people, but to parents too,” explained Abby about doctor pushback.

“Some people will say it is because doctors are afraid of getting sued if you regret it, but the truth is there is so much paperwork involved, and so much information given to you to ensure that you know what you’re signing up for. You give your informed consent way before any surgery happens, and there are so many steps taken. They even let you know (at least with my big procedure, the bi-salp) that you can still conceive with IVF if you want. There are so many options with modern medicine, that it shouldn’t even really be an issue.”

The video went viral with over 3.8M views and has generated quite a bit of reactions from the internet 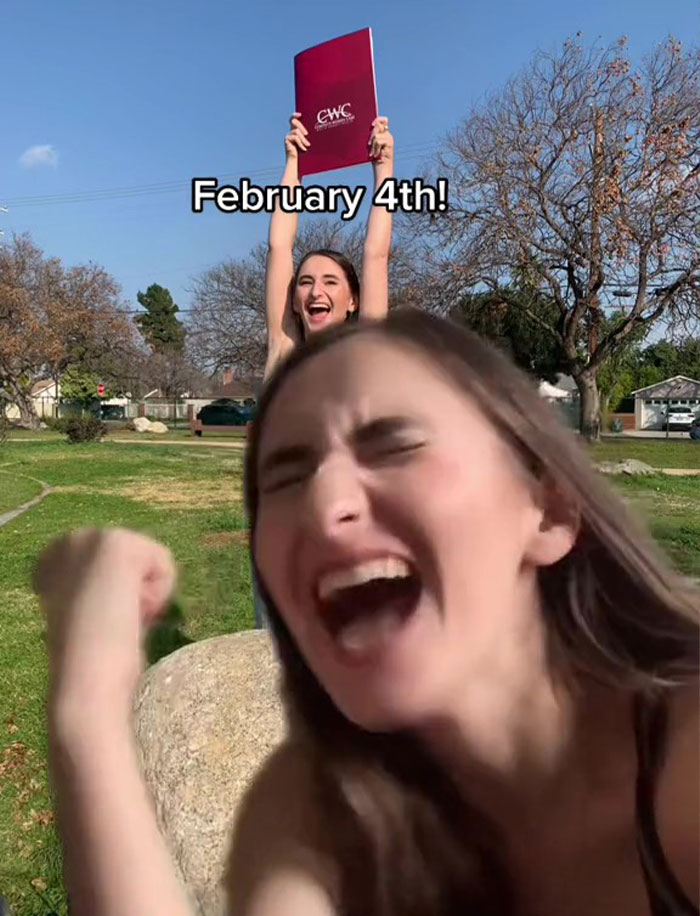 Abby continued: “I do think a lot of it comes down to sexism. So many of the doctors will ask you what your husband thinks, or what if you end up with another partner who wants a kid, and it’s so frustrating to be at a doctor, asking for a procedure that would help YOUR body, just for them to be more concerned about the desires of someone else who might not even exist.”

“I think it’s easier to get a vasectomy because of the idea that it is reversible. And while that’s true to an extent, it’s not as reversible as a lot of people think. And while I agree to an extent that it would be easier and cheaper for someone’s partner to get a vasectomy, let’s be honest, we live in 2022. People with uteruses can have multiple sexual partners, and you can’t expect that every one of them will have a vasectomy.”

“I absolutely believe that many of the doctors I went to had biases, religious or otherwise. One said outright that she did not believe in performing the surgery unless it was ‘absolutely necessary, not taking my physical pain into account when she made that judgment. I only went to female-identifying OBGYNs in hopes that I would escape some of the more sexist reasoning, but the idea that ‘if you have a uterus, you’re going to want to give birth.’ was not easily avoided.”

Many people on TikTok commented on Abby’s video congratulating her.  One person wrote, “Congrats! I really want to but it’s hard even asking how to start the process without everyone freaking out lol.”

Another comment reads, “I’ll never understand why for them we are old enough to have kids, be married and work a 9to5 job but not to decided to not have children. Congrats!”

One mom wrote, “I’m a mom & wanna say congratulations! The same way I was able to choose to have children you should be able to choose & be respected not to.”

Does it surprise you that it was so difficult for Abby to find a doctor willing to sterilize her?