Tolkien published Hobbit in the year 1937 and has since been inspiring the world of fantasy literature. His masterpieces are still the foundation of modern fantasies.

His Lord of the Ring series is one of the most successful pieces of literature. We have all grown up fantasizing about his woven worlds; being stuck up in his fictitious fortes and tunnels.

So when the biopic of our favourite author is on the cards, we are getting a bit more curious than Benjamin Button here. Titled as simply Tolkien, the movie is going to be a story about his early life, his struggles, and his journey as a famed author.

“The story focuses on the friendships, experiences, and romance that influenced Tolkien in his early years,” as reported by TheOneRing.net.

Tolkien has been directed by Dome Karukoksi and written by duo David Gleeson and Stephen Beresford. Chances are that you will not recognize these names as the team has not done anything noteworthy till now.

Nicholas Hoult is going to play the role of J.R.R. Tolkien in the movie. A large part of his 20s was spent fighting in World War I. The role of Edith Bratt, Tolkien’s lifelong love, will be played by Lily Collins.

Let us get to know about Tolkien a bit more. Here we go:

The official trailer of Tolkien was released on February 12, 2019, which in the true sense was a teaser of sorts. Not a legitimate trailer.

It starts with Lily saying, “Tell me a story.”

Later Tolkien says in a voiceover,

“It’s a story about journeys, the journeys we take to prove ourselves. About adventures. It’s about potent magic — magic beyond anything anyone has ever felt before, about what it means to love and be loved, about courage. It’s about fellowship.” 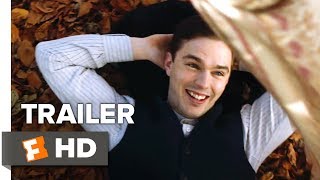 Meanwhile this, we see a young Tolkien getting fascinated by a spinning lamp. There are other scenes to be seen. There are shots of World War 1 in between.

Tolkien’s 2nd movie trailer was released on March 6, 2019. The movie trailer offers a more descriptive look at the whole narrative of the movie with dialogues and scenes. Here in this movie trailer, you get to see Tolkien’s real-life obsession with languages; how he developed the love for Elvish languages. 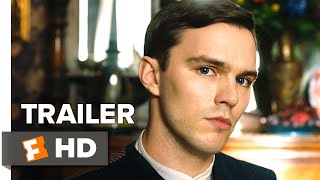 Is Tolkien going to be historically accurate?

By the look and feel of the trailer, it looks like Tolkien is going to be a historically accurate film. There are scenes of his childhood and his courtship with Edith Bratt.