The US 2020 Presidential elections are getting near, and the preparations for it already seem to be started. One of the best ways to aware the public about both the elections and the candidates is the Democratic Debate. Most of the future candidate will be present in the debate and put their views in front of the audiences.

The US Democratic Debate 2019 can be a turning point in deciding the next President of America. No one wants to miss a single second, as the future of their nation depends on it. Here is the list of the candidates appearing as a speaker and ways to live stream the whole debate.

The line-up for the Speakers

There have been so many names in the list that it has been divided into two parts to give everyone an equal opportunity. All the candidates have been randomly split into two Day 1 and Day 2 for the debate. Here are the names that will get a chance to speak on the first day:

There might be a few more additions in the names, depending on timing, as there are a total of 20 slots available. Some more names will be added in the list of speakers as the information is out. While the list of speakers that will get a chance to represent themselves on the second day are:

How to Live Stream the Event?

One doesn’t want to miss a single second of the whole debate and need it live on their screens as it is happening. Well, there is no need to worry as the whole event is covered and streamed live all over the world at the same time. NBC is the official streaming partner for the Democratic Debate 2019 and everything related to it can be found of the network.

It is not just on the TV, NBC streams it live on their Twitter and Facebook page. The debates can also be watched on NBCNews.com and MSNBC.com on your computers. Along with that, there is an NBC App for Android smartphones and the Apple iOS devices. Make sure you have the App installed on your phones or the channel in your subscription pack so that you can stream all the debates live as it happens. 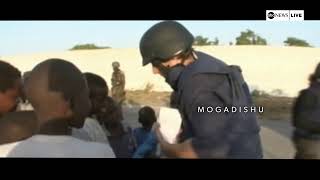