The UFC 243 main event fight between Robert Whittaker vs Israel Adesanya is one that is expected to be a top contender for the fight of the year. Two men who just don’t know how to give up are going to face each other for the very first time, and the winner gets to become the unified champion! Whittaker vs Adesanya is one of the least promoted fights of 2019 but it is all set to be one of the most entertaining ones for sure!

Let us take a closer look at this rivalry and see what to expect from this Champion vs Champion fight at UFC 243.

UFC 243 Predictions and Betting Odds for Whittaker vs Adesanya

The betting odds for Whittaker vs Adesanya are currently very evenly stacked. Whittaker is at -111 while Adesanya is at -115, making it a very narrow margin of difference. What would work in favor of Whittaker is that he is coming back after quite a long rest and is relatively fresh. He is also fighting in his hometown!

Adesanya, on the other hand, has two motivations: He needs to defend not only his championship but also his undefeated streak. Currently at 17-0, Israel Adesanya would like to walk out of the Marvel Arena with his streak intact.

UFC 243 airs on Saturday, the 5th of October at 10 PM ET if you’re watching the show from the US. However, if you’re in attendance at Melbourne, the first fight of the event begins at 9:30 AM as per Australian time on Sunday, the 6th of October. Given the time zone differences, this is quite a complex situation and the event is being held in the morning in Australia. 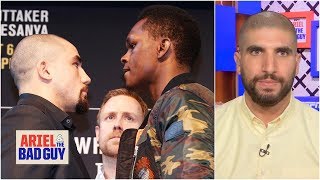