China has halted its purchases of US crude for the first time since 2016. It imported zero crude oil barrels in August, sending out a major blow all over the world. This blow is surely going to have reverberating retaliations and repercussions as it is from the second biggest economy in the world.

China began buying tremendous quantities of US Crude when Washington lifted the restrictions on exports in 2015. China has since then become the number one importer for Canada in some instances. Till August this year, China was responsible for 22% of US Crude exports. But with Trump Administration’s “trade war” the tensions have ramped up significantly forcing China to pull off from US Crude imports.

China had already warned USA by imposing a 25% tariff on crude imports in June. This was in response to USA $50 billion levy on Chinese imports. And now China turned its total back on US oil supplies. This is a clear indication that the trade war between the two biggest economies will continue to escalate and that too at a more accelerated rate. 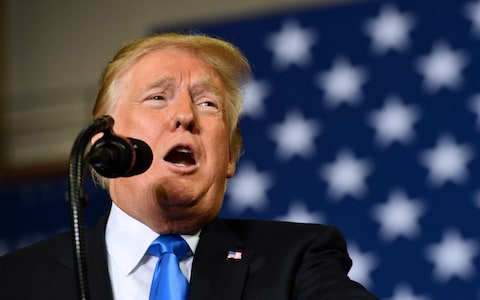 Another reason for China’s pullover is Trump’s intentions over the export of Iranian crude. The President Administration has made it clear that it is going to bring the Iranian oil exports from 1.7 million barrels per day to zero. This is likely to be undercut by China, which buys a quarter of Iranian crude every month. Not only China, but other major buyers of Iranian crude are also opposed to instating sanctions on Iran.

However, this trade war is a challenge for both countries. The US wants to brag a potential oil price shock and on the other hand, China wants to remain in Washington’s good grace.

But till now its clear that US is already facing dire consequences in trade war. And losing a major consumer like China in the near future is going to hurt US trade and will have some real-life repercussions for the trade giant.