Mother and baby share a pure bond that is unbreakable. Whether it’s a human or animal, the care and devotion of a mother for her child never changes. And this care shines through when the situation gets tougher.

Recently, we have seen a similar love and care in the animal kingdom coming from Australia. Here, a baby koala never leaves his mother’s side, even during life-saving surgery.

Unfortunately, the story starts when mother koala was hit by a car on the Warrego Highway near Coominya. When she met with this accident, her 6-months-old baby was in her pouch. Koala monther’s condition does not worsen further because a group of volunteers could rescue her and the baby quickly.

This group then started calling the mother, Lizzy, and her sweet baby boy Phantom. Soon after, koalas were sent to the Australia Zoo Wildlife Hospital. The interesting thing about this hospital is that it was founded by Steve’ Crocodile Hunter’ Irwin and his wife, Terri.

After a few tests, it was clear that Phantom had survived the accident unscathed. But the mother was in critical condition, with facial injuries and a punctured lung. Her condition was so critical that she needed surgery to save her life.

The Phantom and Lizzy were so attached that the doctors did not separate them, even for the surgery. They believed doing this could make them anxious but traumatic for both mother and son. That means the doctors proceeded with the surgery while Phantom clung to her the entire time.

They’re marsupials, mammals that have a pouch for the development of their young, not “bears,” as they’re commonly called.

Koalas live in the eucalyptus forests of southeastern and eastern Australia. They rely on these eucalyptus trees for both food and shelter. 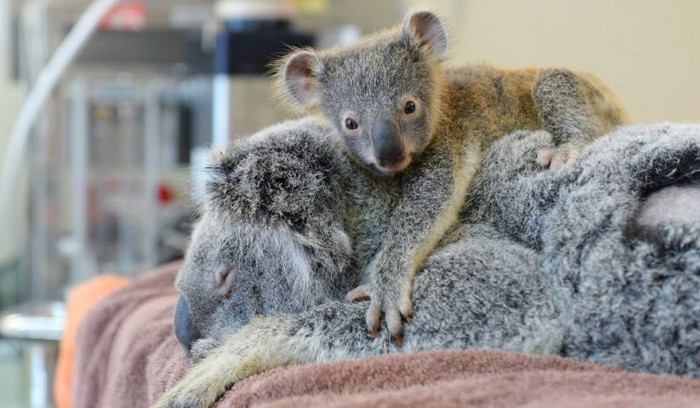 Phantom has quite a concern for his Mom.

Koala comes from the Aboriginal language Dharug word, “gula,” meaning “no water.” The animal was given this name because they were rarely seen coming out of their eucalyptus trees. It made people believe that they would survive without needing to drink water.

The koala’s digestive system works hard to digest the eucalyptus leaves. After breaking down the toxins, they’re left with limited nutrients, leaving them with very little energy. It seems like this is the secret to their slow movement. 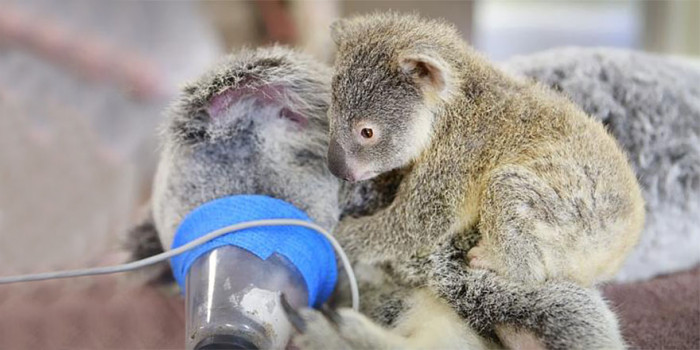 Because they get so little energy from their diet, koalas must limit their energy use. They have been known to sleep or rest up to 18 to 22 hours a day. 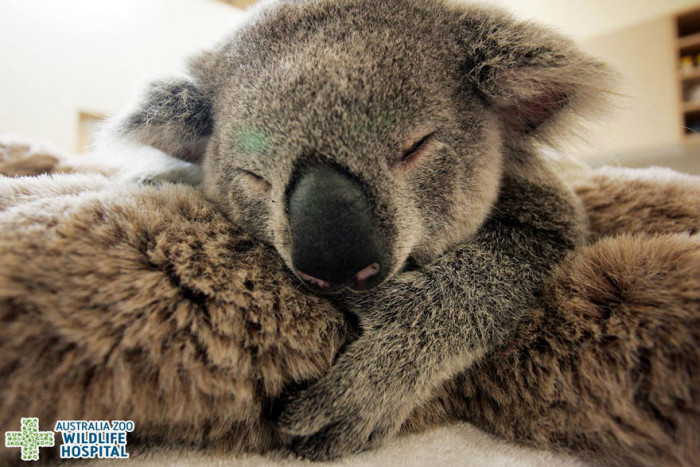 Koalas are mostly active at night and spend the majority of their waking hours eating. (Same though) 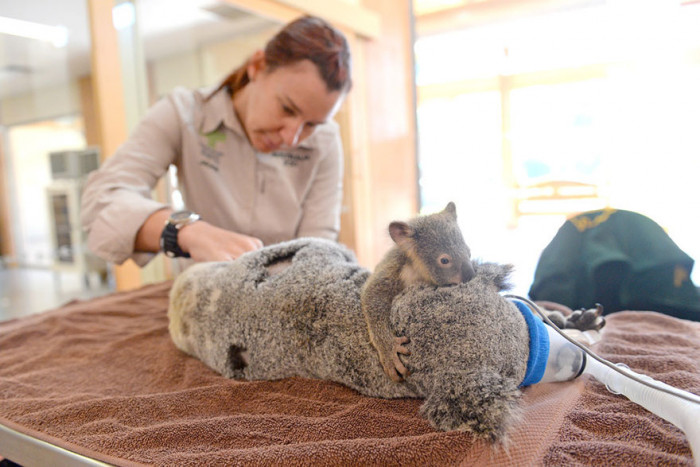 The 6-month-old baby kept firmly attached to his mother’s side for support even after surgery, including all the, follow-up treatments needed to ensure a full recovery. 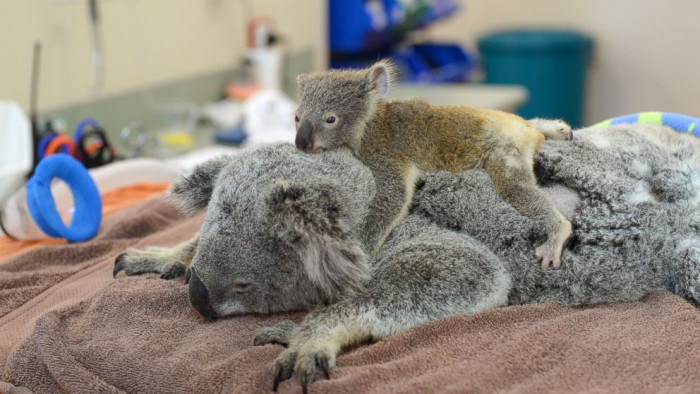 Phantom in his special pouch

“Phantom is with Lizzy during her procedures and checkups to ensure neither mum nor bub gets stressed out,” the hospital said. “Similarly, Phantom is in a ‘pouch’ during weighing to ensure he feels safe and protected while away from mum.” 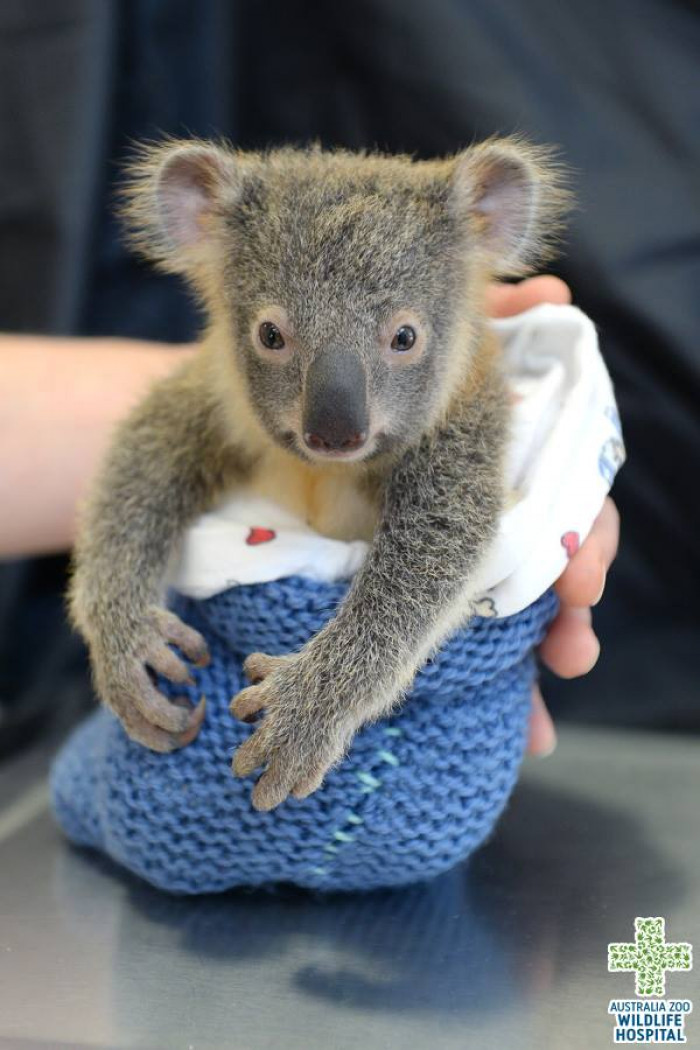 Their care led to a full recovery 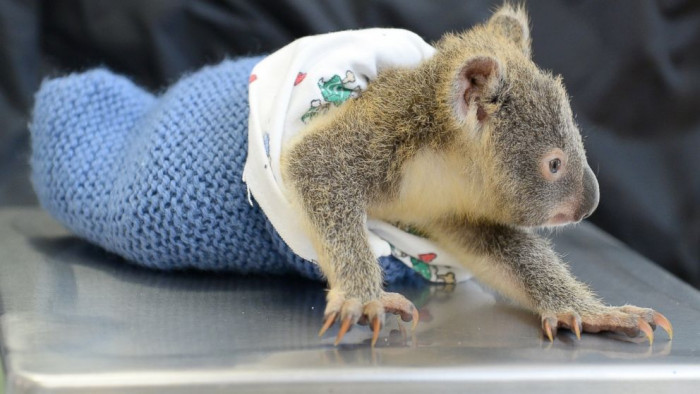 Lizzy gets to do the cuddling now.

Now that she’s fully healed, Lizzy and Phantom were safely released back into nature. 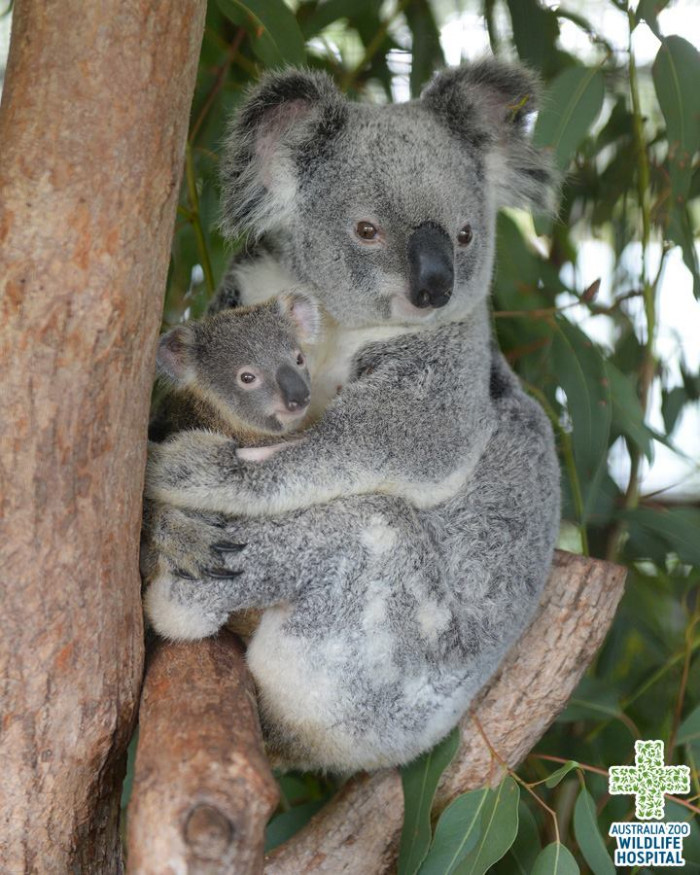 Check out the videos below to see how endearing their bond is.

Lizzy and Phantom were only just two of the thousands of patients seen at the hospital. The Australia Zoo Wildlife Hospital has treated 10,000 koalas since opening its doors in 2004.