Holiday seasons are fun but it doesn’t come alone. It brings responsibilities, stress, and a whole lot of hectic schedules. From preparing for the holiday, taking care of food, to going out shopping, one needs to do everything. The season gets a lot more hectic if you have kids with you.

With children, trying to get all the work done seems nearly impossible. At this point, anyone who has gone to a shipping mall with kids will agree with what I’m saying.

It’s just that kids consider shopping malls their own personal jungle gyms. Running about, climbing on anything in sight, and begging for mall pretzels are just the start of the difficulties you’re bound to endure. And with the holidays into the mix — the time of year when kids are, arguably, their most excitable — and your shopping trip just became borderline impossible.

So, what are you supposed to do to deal with this situation? How will you complete your shopping with the kids on one side? Well, there’s one dad who has unusual ways of watching his baby. Keep reading to get inspiration. 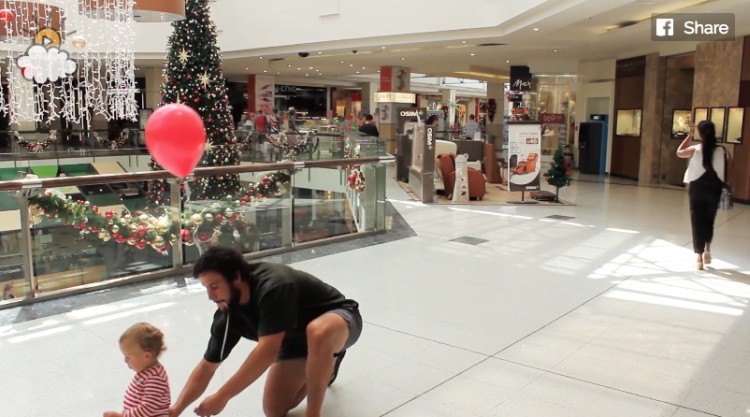 “You’ve got to be prepared for the big crowds, so um,” Jordan Watson says to the camera while holding a red balloon on a long white string. The string has some sort of tiny clip attached to the bottom of it.

Well…we can see where this is going.

He walks over to his energetic daughter and clips the balloon’s string to his child’s pants! Soon after, the adorable toddler walks out of frame, but dad Jordan is not alarmed in the slightest. 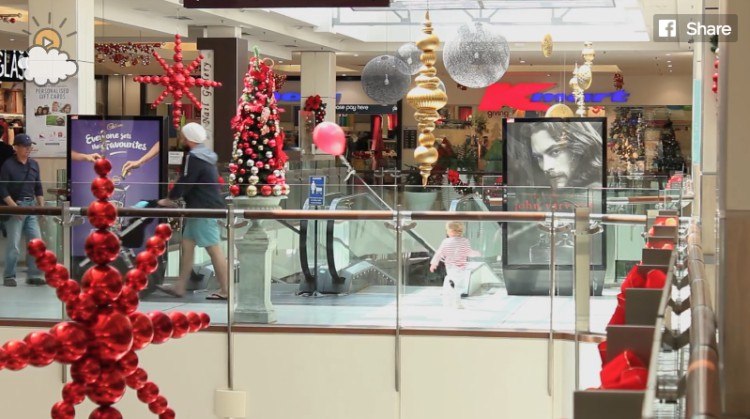 He then turns his camera to show what he has done. In the video, you can clearly see that he has attached a red balloon to his daughter’s dress.

“As the little girl runs around the mall, Jordan keeps track of her by the red balloon attached to her backside. He obviously feels completely secure in his system, giving the camera a thumbs-up. He even has time to snack leisurely on a sandwich, seeing that his daughter’s red balloon is nearby.”

“The video continues in its hilarity, with the little girl running about and dad Jordan casually watching her red balloon drift by. Each time he has his eyes on her (and her tracker) he gives the camera an encouraging thumbs up and goes about his business.”

“However, as he’s ending his video, the red balloon flies up to the ceiling in the background! Glancing backward, Jordan curses, realizing that maybe his childcare method isn’t as foolproof as he thought.”

“While we don’t encourage you to strap a balloon onto your child and then allow them to run wild in your local shopping mall, we do think every parent should watch this funny video! Anyone who has ever dared to take a child holiday shopping will seriously appreciate Jordan’s comedic technique.”

Did you like this instructional video? If so, don’t forget to share it with your friends and family.

Tags •dad has unusual ways of watching his babyfatherholiday seasonkids