The Winds of Winter release date is not provided even after 50 days of this new year have passed. The 71-year-old author promised to come out with the sixth book of A Song of Ice and Fire series during Summer 2020 but that promise seems to be broken soon. Fans are getting frustrated as TWOW has been getting delayed for the last six years without any reason.

GRRM should make finishing ‘The Winds of Winter’ as his priority, but the fantasy writer is wasting time on other projects. Here are some of the reasons why George is delaying the Winds of Winter release date for so long.

George R R Martin is a busy man with so many books, TV series, and video games. it’s not like GRRM has been sitting idle for the past six years, the man is churning out his words for several projects. Martin has released Fire and Blood novel which contains the Targaryen history in detail and the upcoming HBO Game of Thrones prequel, ‘House of the Dragon,’ is also based on that.

"The ELDEN RING…shattered by someone or something." #ELDENRING

The upcoming video game titled Elden Rings had also George R R Martin as the main story writer. The Winds of Winter is a big book containing several chapters and hence GRRM is giving priority to the projects that could be finished in a short time, delaying TWOW launch date.

The Winds of Winter Ending Change

The Winds of Winter delay might also be happening due to the badly received ending of Game of Thrones Season 8. Many of the fans believe that George R R Martin is changing the end of TWOW novel after the HBO TV series climax received bad public reviews. Even GRRM himself admits that people only know an ending and not the real ending to The Winds of Winter book. 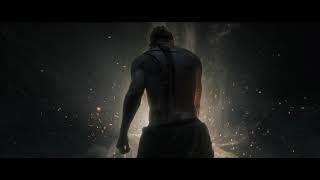