The Sims 5 release date announcement is something every gamer is waiting for but EA seems to have some other plans. EA Maxis has been coming out with new updates for The Sims 4 making it run for some more months. The Community Stuff Pack content was released and it means that the gameplay roadmap is far from being completed. Hence, ‘The Sims 5’ release date is further delayed and it is coming out any time soon.

The Sims 4 Arts and Crafts Community Content wins by Voting

The Sims developers always give a chance to the fans to decide what future content should be included in the real life-simulation game series. Even the same practice has been continued as the motive of the Maxis monthly stream that happened this Monday.

@TheSims I love that we're getting an arts and crafts pack, I'm over the moon! Can I make one request though that really should be included in an update? PLAIN BLACK LEATHER COUCHES…AND RECLINERS. PLEASE AND THANK YOU!

Dave Miotke and Michael Duke, the producer of ‘The Sims’ game series hosted the event and announced the winners of the first round in the Stuff pack category. Arts and Crafts won over the Happy Haunts pack by just a few votes and it was a very close competition. The total number of vote count has been increased to five times as compared to the votes that lead to the launch of Laundry Day Stuff Pack.

Granny Chic, Do-It-Yourself (DIY) Delight, and Cozy Craft Workshop are the three arts and crafts style for which voting will start from December 23. EA Maxis has also announced some new features including Gallery and baby Yoda statue in build/buy mode of ‘The Sims 4’ game.

The Sims 5 will arrive but more updates coming for the gameplay of ‘The Sims 4’ is an indication that the launch of the fifth sequel is delayed. EA Maxis has been totally silent on any news regarding ‘The Sims 5’ gameplay or launch date.

However, there are some rumors saying the developers are taking a long time as ‘The Sims 5’ will have a lot of cool new features and also include the VR mode. Everyone will look forward to the EA Play event in 2020 and hope that we get a full trailer for ‘The Sims 5’ gameplay along with a fixed release date. 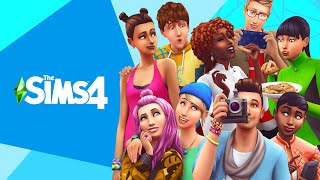