The Mandalorian Season 2 will share more details about the Child everyone has been calling as Baby Yoda. While the first season revolved around Mando exploring the galaxy to keep the Baby Yoda safe, the second season will show his origins and home planet. It has been revealed that Rosario Dawson has been cast in “The Mandalorian Season 2” to play the character of Ahsoka Tano who has previously appeared in the Clone Wars series.

Catch up on Ahsoka’s journey! The final season of Star Wars: #TheCloneWars is now streaming on #DisneyPlus. pic.twitter.com/sviisu4lWP

Ahsoka in the Clone Wars series knows about a lot of places in the Star Wars galaxy and can help Mando in finding the home of Baby Yoda. It is why several new theories are floating around which predicts that Ahsoka will help find the true identity of Baby Yodavia time travel. Here are more details on “The Mandalorian Season 2” release date, story, spoilers and Baby Yoda theories.

The Mandalorian Season 2 theories are saying that the Disney+ show could feature “The World Between Worlds” which is a place that exists outside time and space. Ahsoka knows about time travel as per Star Wars: Rebels series when Ezra Bridger helps her in the fight against Darth Vader.

The Mandalorian Season 2 is all set to release in October 2020 and new episodes will stream weekly on Disney Plus service. While the filming for the show already started last year, there could be a delay in the premiere due to the Coronavirus pandemic.

Disney has halted the filming of all the original shows due to the fear of Covid-19 outbreak. If the situation is under control, nothing will change or else The Mandalorian Season 2 release date can be postponed to 2021. 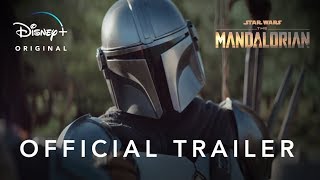