The Elder Scrolls 6 fans need to brace themselves for this disappointing news. According to recent reports, it has now been confirmed that the game won’t be releasing in 2019.

That being said, speculations and rumours are still on the rise about the location of the upcoming season, what the gameplay is going to look like and what will be the release date after all.

Hammerfell may be the primary location

The Elder Scrolls game franchise is located in the fictional continent called Tamriel. The setting of the game consists of early medieval and pre-medieval real-world elements. The game is set similar to the powerful Holy Roman Empire, with little technological development and use of supernatural elements such as magic and dragons.

The gaming Studio Bethesda announced the sixth installment at an E3 event last year. A recent report suggested that The Elder Scrolls 6 could be located in the fictional town of Hammerfall.

A mini preview of the sixth installment of the game engine was released and we got a glimpse of the landscape which appears to be a rocky desert. The vistas, therefore, suggest that the next center for the epic game maybe Hammerfell after all.

And it would make sense to make Hammerfell the primary location. Since the launch of the game, we have not explored this side of the open world franchise, so it could be refreshing and exciting to explore the mythical land for the fans in Elder Scrolls 6
.

The Elder Scrolls 6 not coming out this year

The gaming studio has reportedly said that the game is unlikely to be released this year, as they are still in the works about developing the sequel. Executive producer Todd Howard said in March last year that even though E3 is set to have an event it in 2019, The Elder Scrolls 6 will not be featured in it.

“It’s not something we’re going to be talking about at E3 this year. And so patience, please,” said Todd. 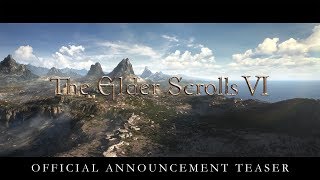