The Elder Scrolls 6 release date is something all the fans of this game series want to know ever since Bethesda teased about it in E3 2018. Bethesda executive Todd Howard himself confirmed about the next Skyrim sequel game and even a 30-second teaser trailer for The Elder Scrolls VI was released during E3 2018 presentation. Fans of Elder Scrolls series have been worried as the game was not mentioned in E3 2019.

But that’s because Bethesda is working on another RPG title ‘Starfield’ which has to be released earlier than sixth Elder Scrolls game. It simply means everyone just has to be patient and given Starfield will launch in 2020 or 2021, the earliest release date possible for ‘The Elder Scrolls 6’ is mid or late 2021. There are many details out about the game, including a special NPC appearance and the list of possible locations in which Elder Scrolls 6 will be set.

Skyrim Grandma will be NPC in The Elder Scrolls 6

It is already confirmed that there will be a special Non-playable character (NPC) in The Elder Scrolls 6 game. Bethesda announced that Shirley Curry, the popular Youtuber also known as Skyrim Grandma will be a part of the upcoming Elder Scrolls game. The 82-year-old grandmother who plays Skyrim and has made over 300 videos will be one of the featured NPC’s in ‘The Elder Scrolls 6’ game title.

If I want a character in SkyrimSE to be really good in melee(sp) combat, in which perk tree should I be leveling up??

‘This means a lot to me because I would be extremely happy to know that somebody else was playing with my character in a future Elder Scrolls game’ said Curry who will become immortal in the next Skyrim game sequel.

The Elder Scrolls series have already explored Highrock, Hammerfell, Morrowind, Cyrodil, and Skyrim in the previous games. Valenwood, Elsweyr and Black Marsh are the biggest places left to explore that could be a part of The Elder Scrolls 6 map.

Black Marsh, the home of the reptilian Argonian race is rumored to be a possible location where the next game will be set. The region of Tamriel has not been explored much and it has great geographical structures which makes it perfect for Bethesda to be creative and finalize it for ‘The Elder Scrolls 6’ main location. 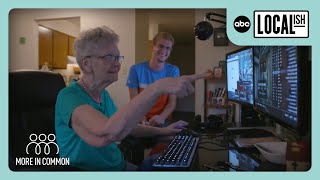