The Bachelor 2020 which is also the Season 24 of the matchmaking reality show is currently garnering a lot of attention. Peter Weber, a 28-year-old Delta Air Lines commercial pilot from Westlake Village, California is the man this time looking to find the love of his life in this season of the show. There will be a total of 33 women in ‘The Bachelor 2020’ out of which Weber will find out his future wife.

Our very own Peter Weber representing #TheBachelor at #TCA20 😍👋 pic.twitter.com/yC7ev4ENCJ

However, leaked reports suggest that details about ‘The Bachelor 2020’ are already out and the winner along with the final four and top two contestants is also known. Here is more information on Peter Weber from The Bachelor Season 24 and the final contestants he will take on hometown dates.

Peter Weber despite having a professional pilot is very much experienced in the world of reality shows. He gained a lot of attention when he appeared in season 15 of “The Bachelorette,” featuring Hannah Brown. Peter and Hannah grew very close but unfortunately, he came third in the competition. The two were very intimate and close but somehow didn’t end together and after which he was heartbroken.

#TheBachelor Peter Weber just said he wished that he and Hannah had ended up together:

"I want to just kiss her and just have had all this work out."

ALL I CAN SAY IS WOW

Also, looks like we're getting Hannah in next week's episode too.

It is why Peter Weber makes the perfect sense for ‘The Bachelor 2020’ where he can find love once again. There are also rumors that Weber will be a part of “Bachelor in Paradise” season 6 finale but it is yet to be confirmed as the show won’t air before September 2020.

Final Four and Top Two in The Bachelor 2020

The Bachelor 2020 premiered on January 9 on ABC channel and network but being a pre-recorded show the details about the final contestants and winner are already out. As per the leaked reports, Kelsey Weier from Iowa, Victoria Fuller from Virginia, Madison Prewett from Alabama, and Hannah Sluss from Tennessee are the final four women to go on hometown dates with the bachelor Peter Weber.

It is also rumored that Kelsey and Victoria will be eliminated, leaving Madison and Hannah as the top two contestants. Hannah Sluss is said to be the winner of ‘The Bachelor Season 24’ and her relations with Peter are very good from the start as she was the first to receive a rose. The Bachelor Season 24 will air every Monday at 8 p.m. on ABC Network. 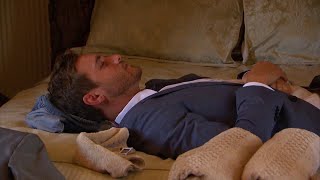