The 100 Season 7 is coming back on CW and Netflix and fans are eagerly waiting for the post-apocalyptic drama after the last season ended on a cliffhanger. Many of the famous characters have been killed in the show and Octavia played by Marie Avgeropoulos was one of the biggest shocking moments.

Fans are wondering whether Octavia Blake will be back in ‘The 100’ Season 7 or not and if she comes back, it will be a flashback or she will be alive. Here is everything you need to know about ‘The 100 Season 7’ trailer, CW release date, cast, and plot details.

The 100 Season 7 trailer is yet not released but we can expect it to drop in February or March this year. CW renewed ‘The 100’ show a long time and it is in the last stages of production. The filming started in August 2019 and from the looks of it, the seventh season for the show will come out in Spring this year. As for the show premiere, ‘The 100 Season 7’ release date is currently speculated around April 2020 or later.

when do yall think the 100 🤢🤢 season 7 trailer will be out? i miss my bellamy and clarke so fucking much. not even funny anymore omg pic.twitter.com/u4tTtceE6c

In the last season of ‘The 100’, Hope Diyoza who is the grown-up daughter of Charmaine, came out of the Anomaly and for reasons still not revealed, stabbed Octavia after which she disappeared into a green mist. Whether the character will be dead or alive is a different thing, actress Marie Avgeropoulos is confirmed to be a part of ‘The 100’ season 7 cast list.

Dakota Daulby as Sheidheda is also coming for season seven along with Eliza Taylor as Clarke Griffin, Bob Morley as Bellamy Blake, Christopher Larkin as Monty Green and Lindsey Morgan as Raven Reyes.

The 100 Season 7 plot will deal with ‘The Anomaly’ and the adult version of Hope who was just a fetus days ago. The 100 series is based on Kass Morgan’s post-apocalyptic Young Adult novels, but the show has added way more elements that it is almost an original series now. The Anomaly, Hope being 20 years old and Octavia Ghost are rumored to be the main storyline in the next season of CW’s The 100 show. 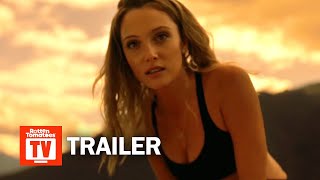