Tesla Roadster 2.0 is already creating a lot of hype before its launch in 2020. CEO of Tesla Elon Musk is even promising to offer free Wifi and in-car gaming experience.

In a reply to a tweet from a Tesla Owner Elon Musk confirmed that Update 10 will add the capability to use media streaming services like Netflix and YouTube.

Considering the fact that all Tesla pack a giant screen for control it is quite a good feature to add the streaming service. It should be noted that this touted feature will only work while you charge the car at a charging station.

However, Elon Musk didn’t give a timeline for the software update version 10.

All these features are expected to be included in the next hypercar of the company, Tesla Roadster 2.0.

Elon Musk unveiled a prototype of next Roadster 2.0 back in November 2017. The car is expected to be launched in 2020. The car is insane considering the power and speed it brings to the table.

The car will pack a 200kWh battery which will offer a range of 630 miles.

Elon Musk explained that they are doing the Tesla Roadster 2.0 to give a hardcore smackdown to gasoline vehicles.

Tesla Roadster 2.0 is touted to have different variants and the base model is expected to cost $200,000. 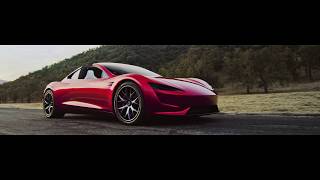