Microsoft is encouraging its users to switch to a more user-friendly Android or iOS operating system as soon as possible. It looks like Microsoft has shifted its complete focus on its Surface Book device.

According to a report by Apple Insider, Microsoft is planning to drop all its smartphone support this year. The company has assured that it will provide full assistant to its customers in data backups.

Microsoft was consistently getting down-ridden by its competitors in the smartphone market and it looks like Microsoft is ready to quit. The company is a tech-giant and its time that it folds up its smartphone and move to other ventures.

Many claims that this will mark the end to “Andromeda”, Microsoft surface phone project. But according to a Hindustan Times report, Microsoft will move on with it. Andromeda is not just a smartphone project. It’s a desktop experience.

Microsoft has defined “Andromeda” as a revolutionary project which will “Blur the lines between stationary computing and mobile.”

It will be accessible in five different media forms including desktop, tablet, mobile and other smart devices. Andromeda was expected to hit the markets last October, but there’s been no official announcement till now.

Microsoft has kept a mum on any sort of development on Andromeda. It has also not suggested any substitute for Windows phone.

But if you have been associated with Microsoft, you would know that the tech brand is a master at keeping secrets and giving out tight-lipped on its innovation.

No matter whatever secret Microsoft keeps, we are pretty sure that Andromeda is a part of the 2019 project.

Joe Belfiore, Corporate Vice President, and Manager for Windows Phone has announced in a conference in 2014 that Microsoft will scrap off Windows Phone from the market, but there might be other “mobile” projects. Well, we have to wait and watch! 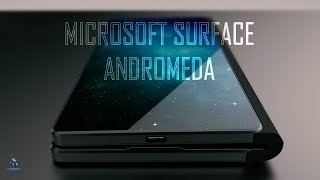