Superman: Red Son is finally getting an animated movie from DC and fans of the comic series are very excited. The comic book series of the same name had three issues and was released back in 2003. Ever since that Superman: Red Son has been adapted into various media formats including the latest on CW’s Supergirl TV show.

It is basically an alternate reality version of Superman where his pod landed in Ukrainian farm instead of Kansas and he grew up to serve the Soviet Union under the rule of Stalin. Here are more details on the trailer, release date, cast and plot of Superman: Red Son along with information on how you can watch the movie online by different streaming platforms.

Superman: Red Son exclusive trailer was released on Monday, December 16 and it gives a hint of what is about to happen in the movie. It shows Superman working for the Soviet government and different versions of supporting characters such as Lex Luthor, Wonder Woman and Batman. Superman: Red Son release date is still not announced and it is said that it will come out in early 2020 which means second to the third week of January possibly.

Superman: Red Son plot is basically a what-if situation where baby Kal-El’s rocket landed in the Soviet Union instead of Kansas. The premise is basically based on the DC Comics story from Elserworld’s tale issue. Superman: Red Son animated movie voice cast which are confirmed has the following actors in their respective roles.

Superman: Red Son is an animated movie from DC which will release on DVD, Blu-Ray and digital media. It will be available to stream on the DC Universe streaming platform along with Apple iTunes, Google Play Movies and Youtube movies. One can also rent or buy Superman Red Son movie on Amazon, Vudu, Fandango and more. 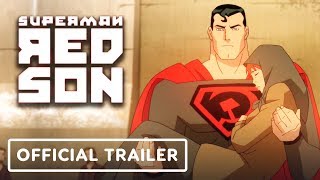