Stranger Things Season 4 release date is getting closer and with that, a lot of theories are coming up for the Netflix supernatural thriller drama. While the last season of Stranger Things ended on a cliffhanger, the fourth season is expected to conclude all the plotlines.

Stranger Things Season 4 teaser was revealed with the tagline, “will not be in Hawkins anymore,” meaning fans will get to see more of world, monsters and other super-powered kids apart from Eleven. One of the biggest mysteries was the death of Jim Hopper and most of the Stranger Things season 4 theories believe that Hopper is alive and kept as the prisoner in the Russian lab.

Hopper was presumed dead in the final episode of Stranger Things Season 3 when he sacrificed his life to save everyone and closed the portal to the Upside Down world. However, most of the Stranger Things fans are sure that there is no way Hopper is dead and it will be revealed in season four, that the character of David Harbour is alive.

As per the most recent “Stranger Things” season 4 theory, they are currently shooting a Lithuania, which resembles Chernobyl hinting that it could be used as the Russian lab. It was teased in the last season that the Russians are holding someone called ‘The American’ as their prisoner and it could easily be Sheriff Jim Hopper.

Stranger Things Season 4 plot spoilers indicated that the Russian lab will have more subjects indicating that there will be other kids having superpowers just like Eleven. Kali (Eight) has already been introduced in the previous seasons of Stranger Things and there are nine more subjects yet to be revealed and season 4 will be a nice opportunity to show the other powerful kids.

since s4 is gonna be the last season of stranger things we better get the s1 and s2 feels bc i swear… pic.twitter.com/e7C9qrPbn3

Duffer Brothers, the show creators have hinted that nothing is set yet and they only have an outline of the story. There are also rumors that Stranger Things season 4 could be the last and final season but Netflix has not confirmed it. 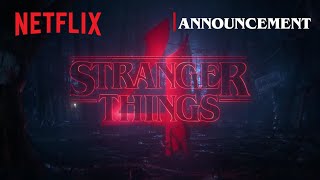