Star Wars is still the biggest media franchise but the recent reviews of ‘The Rise of Skywalker’ has disappointed the fans and now Disney is thinking to take things another way around. The Mandalorian TV series which is kind of a Star Wars prequel spin-off was released on Disney’s new streaming service, Disney+ and got an amazing response from fans.

It proves that Star Wars stories don’t have to get bigger with Universe ending threats as fans love proper story-telling with developed characters. It is why Disney CEO Bob Iger assured the company investors during the recent quarterly earnings about the future of the Star Wars franchise. Iger told that they are planning to make several Star Wars movies, TV shows and spin-offs like ‘The Mandalorian’ which will be directly released on Disney Plus streaming service.

Star Wars has already released nine movies and two spin-offs in the form of Rogue One and Solo, which were not that great in terms of box office performance. Even the latest Star Wars Chapter 9: The Rise of Skywalker grossed less than ‘The Force Awakens’ which means fans are fed up with the same story all over again.

It is time to do something fresh, there is so much to explore in the Star Wars Universe which can’t be contained in a 2-hour movie and needs a proper 8-episode series. The future of Star Wars is now in the form of Disney+ TV shows and the studio is working on various projects as per Bob Iger.

The Mandalorian was the first Star Wars show released on Disney+ and it has been loved by fans and the character of Baby Yoda is already gone viral. Even the second season of ‘The Mandalorian’ is in works and will release this year. There are several other Star Wars spin-offs including a show based on Obi-Wan Kenobi, Cassian Andor from Rogue One and other Mandalorian spin-offs.

Disney+ needs original shows to survive and just like Marvel has lined up a lot of TV shows based on their movies including ‘The Falcon and The Winter Soldier’, ‘WandaVision’, ‘Loki’ and more, Star Wars TV shows will also be coming soon on the small screen. 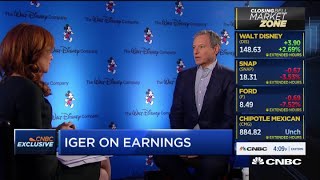