Here’s another heartwarming story of this week that is going to put your faith back into humanity. It’s about a firefighter named Mike Thawley who has rescued a cute and adorable Pitbull puppy. Not just this but after rescuing the puppy, he also went seeing her again. And their reunion is breaking the Internet. Well, this incident deserves all the love because this whole thing is just awww!

Mike works with Fire Station 14 in Sacramento, California and when he found a tiny puppy tied up in the rain, he immediately saved her. After rescuing the puppy, Mike cleaned her and took her to Front Street Animal Shelter. In the shelter, the puppy got the much needed medical care. After that Mike left but he returned the next day to check on her.

The little pitbull is named Chunkie and she instantly started wagging her tail when she saw her rescuer. After that Mike came and picked her up in his arms. He also gave her a cute pink sweater that looks so good on her.

It seems like Mike has developed a good bond with Chunkie and also wants to foster her. Till then you can watch the video of cute Chunkie and kind-hearted Mike. 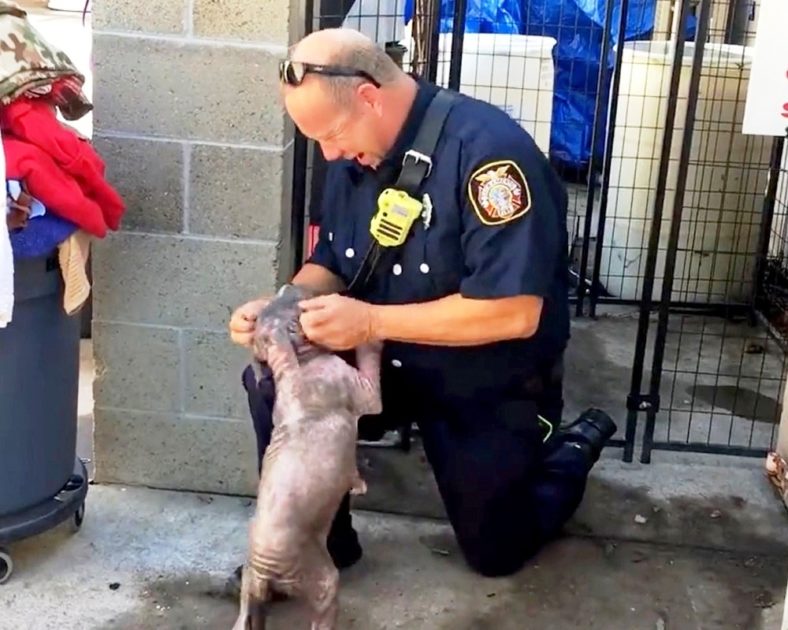