Shrek 5 is in works given how it is one of the most successful movie franchises which has paved ways for numerous other spin-offs and sequels. Dreamworks will start the work on the next Shrek movie as soon as they are done with the ‘Puss in the Boots’ sequel.

i know the virus is spreading but god please let me live to see attack on titan finish and shrek 5 come out. i beg of you.

While many fans are worried about the lack of Shrek 5 news, there is no need to worry as there is enough evidence suggesting that the next Shrek sequel is confirmed. Here are more details on Shrek 5 cancellation and confirmation reports and rumors, and proof that the fifth installment in the Shrek series is already under production with a finished script and a set release date.

Shrek franchise is popular worldwide and millions of fans would love to see the next movie in the ogre fantasy series. Ever since NBCUniversal has acquired Dreamworks for $3 billion, they are coming up with a lot of new projects and there is no way, the producers at the corporate level would leave a chance to let go of a 5th Shrek movie.

The reason why we don’t hear about Shrek 5 much is that it was confirmed way back, and since its an animation movie, the process is entirely different. The animators could be working on the design and special effects in closed studio doors and the voice actors for Shrek 5 will only appear in the end. Also, animated movies require a long time and hence Shrek 5 will take some time to release in theaters.

Michael McCullers, who is famous for writing comedy movies such as “Austin Powers” and “Boss Baby” was hired to write the script for Shrek 5 which is finished in very little time. The reason why McCullers was hired by NBCUniversal is that they wanted a fresh new take on the Shrek franchise and it lines with the rumors of Shrek 5 being a reboot instead of a sequel.

There are several reports hinting Shrek 5 pre-production has started and the movie is going at its fixed schedule at Dreamworks and will release in September 2022. 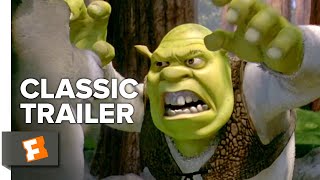