Shrek 5 has become one of the most anticipated Dreamworks animation movies and fans are eagerly waiting for the next sequel. It has been so many years without any updates on the next Shrek installment that many people are worried that Shrek 5 is canceled. But that it is not true as NBCUniversal after purchasing Dreamworks studios for $3 billion has big plans for the future of the Shrek franchise.

As per some reports, Shrek 5 has been in pre-production for so many years and even the scrip of the movie is ready. The filming of Shrek 5 will start very soon this year and there are also so many details about the storyline and release date.

Shrek 5 is in works for so many years but there is no actual process started till now but it will change soon. The leaked reports say that Shrek 5 will release in theaters around September 2022 which means there are only 2 years to finish the movie.

It goes with the reports that are claiming that Shrek 5 filming will commence in the second half of 2020 as animated movies of such a huge scale take at least two years in the making. The next step is production and voice recording for the characters and there are conflicting reports on whether the original cast from previous Shrek movies will be back for Shrek 5 or not.

Shrek 5 Reboot will be a Modern Day Story

Shrek 5 script is apparently written by Michael McCullers and he has revealed that it is complete. McCullers was hired to give a fresh new take to the Shrek movie series and which is everyone is expecting that Shrek 5 will be a reboot instead of a sequel.

The writer also shared that Shrek 5 will be something people of the modern age can connect with, hinting that the storyline will be set during present times. Shrek and Donkey having new adventures and adapting to the current technology will make an interesting plot point in the Shrek 5 reboot storyline. 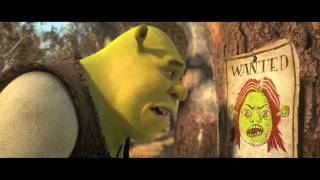