Shenmue 3 developers have confirmed that the highly anticipated title is being delayed one more time. The good news is that that delay is for only three months.

Both the director of the game Yu Suzuki and publisher Deep Silver has confirmed about the delay.

The developer said that they need more time to refine the game as they don’t want to publish a clunky and unfinished product. Interestingly the game has been in the development for the past five years and has failed to meet the release deadlines.

This change in schedule will pit the game against Kojima Productions Death Stranding which has been in development for years.

Fans have primarily funded the game, and those who have paid $30 will get a digital copy of the game. On a side note, Shenmue 3 holds the record for the most funded game in the Kickstarter history.

Community’s reaction on another release delay

Shenmue 3 has a Kickstarter page where fans have shared their opinions on the delay. The fans are okay with the delay as they want a playable finished game.

The Shenmue series was one of the earliest game to adopt the open world RPG style where the story revolved around the central character. In the series, you will follow Ryo Hazuki whom you will help in taking revenge for his father’s murder.

We hope that the developer will fix the issues, and they will release the game on time. 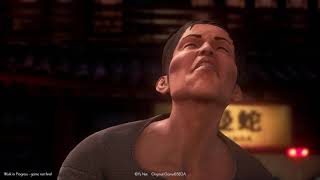