After Aquaman became so successful, there is hope for Shazam to take it further. The reviews are already in and Shazam could be among DCEU’s most successful movies till now. But what’s more important is that will it release on Netflix or not?

The movie went through several stages of pre-production between 2000-2017. Finally, Zachary Levi and David F. Sandberg were selected as the lead actor and director of the movie. The film has already got a lot of praise from both the fans and the critics.

The ancient wizard Shazam chooses Billy Batson as his new champion. Batson is troublesome, but true to his heart. Billy gets all the superpowers by calling out “Shazam”. Billy’s foster brother Freddie teaches him to control his superpowers and all about being a Superhero.

Will Shazam release on Netflix US? 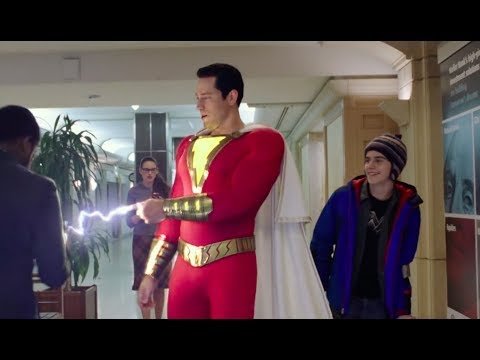 It is highly unlikely for Shazam to release on Netflix. However, it is not impossible. There are chances that it may happen. At this stage, none of the DC Extended Universe titles were available on Netflix US.

The DC movies are available to stream on DC Extended Universe, the streaming service of HBO. This makes sense as HBO is owned by Warner Media.