Just like the book chain which became quite popular on social media owing to the thrill it provides of getting books as gifts from strangers, another similar gift exchange has surfaced on social media. This time the users are asked to send one gift valuing more than $10 to their “Secret Sister”, and are promised up to 36 similar-value presents in return. No matter how thrilling and exciting the exchange appears to be, it’s actually a scam.

Hiding behind the veils of spreading holiday cheer, the social media post intriguingly prompts users to sign up for the exchange by asking “Anyone wants to join in on this fun?” The participants usually get very few or no presents back unlike what they were promised. Having emerged in the late 2015s, such types of scams are pyramid schemes posing as holiday fun in festive seasons.

In a 2015 post on facebook, U.S. Postal Inspection Service (USPIS) explained how the Ponzi scheme works. The people at top of the pyramid benefitted the most and also get their promise fulfilled. However, those at the bottom of the pyramid may not end up enjoying the same benefits. Giving an example of a typical pyramid involving six individuals in the chain, the post says that nearly 1300 people must be onboard on reaching the fourth level.

Read more:  Jumanji 3: The cast is all set return this December with a mystery storyline

Upon reaching the sixth level, no of people onboard should be more than those who can be seated in Chicago’s Wrigley Field. The numbers go on to increase substantially with subsequent layers. The model is mathematically impossible to sustain in order to deliver what’s promised. 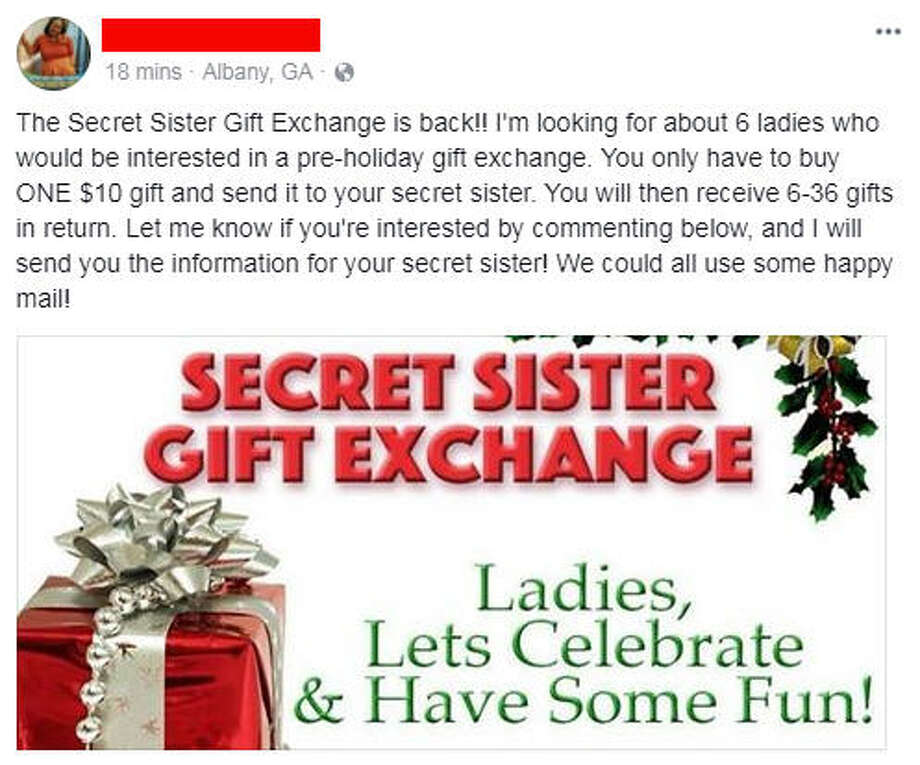 Not only is it unfulfilling, but also illegal. The USPIS consider such exchanges as illegal gambling and the participants could be subject to penalties for a mail fraud. These Ponzi schemes are illegal either by mail/social media if money or other items of value are requested with an assurance of a sizeable return for the participants.

The best way to keep out is to avoid such exchanges altogether. Not only will it keep your home address private, you would also have an extra $10 to spend on your choices rather than virtually generated disappointments.