Robert Covington trade rumors are heating up with the NBA deadline coming closer. Minnesota Timberwolves is nowhere close to making it in the playoffs and hence their top stars such as Covington and Karl-Anthony Towns are leaving the team. There are a lot of NBA teams who could use the 29-year-old NBA star and he could prove crucial in the big games towards the end of 2019-20 NBA season.

The Rockets, Mavs, and Sixers have expressed trade interest in Robert Covington, per @TheAthleticNBA.

As per the NBA trade rumors, teams such as Los Angeles Lakers, Los Angeles Clippers, Houston Rockets, Philadelphia 76ers and Dallas Mavericks are interested in Robert Covington and he could end up in any one of them before February 6 trade deadline.

Robert Covington is a solid defender with a 6’7″ wingspan who could stop defenders from every side and also keep up with the faster players. He has been stopping three-pointers easily this season and there has been a reduction of 4.8 percent in the average of opponents when Covington defends the shots from outside the rim.

I love when the NBA trade deadline thirst turns guys like Robert Covington into the next Scottie Pippen.

As for his attacking performance, Robert Covington is playing with an average of 12.7 points, 5.9 rebounds and 1.7 steals per game in this season while also shooting 34.8 percent from three-point range. Covington knows his name is coming up in a lot of trade rumors but the star is just focusing on his game without bothering about the news.

Robert Covington would fit perfectly in the NBA teams which are having power duos and needs a third superstar. Lakers (LeBron James and Anthony Davis), Clippers (Kawhi Leonard and Paul George), Mavericks (Luka Doncic and Kristaps Porzingis), Rockets (James Harden and Russell Westbrook) and 76ers (Ben Simmons and Joel Embiid) are having similar players who can cancel each other on the court in the playoffs.

Hence it comes down to a third star who can make or break the game and Robert Covington is perfect for the situation. Covington could be the key player that impacts the Conference finals and even NBA season finals with his talent. 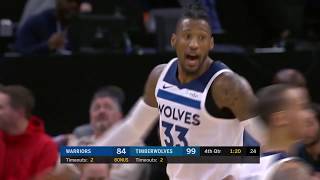