According to Russia’s Ministry of Economic Development, Moscow and Beijing are now secretly working on an inter-governmental agreement. They want to boost the use of the Yuan and Ruble in mutual trade settlements to reduce the dependency on dollar. Deputy Minister of Russia’s Economic Development Sergey Gorkov said ,

“The document is currently being prepared and the process is not easy.”

Gorkov also revealed that the two nations have been successfully implementing the terms of currency swap agreement for a long time now. The deal was extended at the end of 2017. It clearly aim at boosting the role of yuan and ruble in the Russia-China trade. The move appears to be in line with the political preference by both countries to reduce the role of the US dollar in the economy.

Russian President Vladimir Putin had stated earlier in September that Moscow and Beijing have plans to use their own national currencies in trade deals. Since Russia’s relations with the West is deteriorating, Russia is wanting China to invest. After the 2014 annexation of Crimea from Ukraine, Russia had a sharp decline in relations with the West.

Russia is not the only one seeking support. After growing criticism of its militarization of the South China Sea and human rights breaches and unfair trade practices, China is also aiming at making allies. Since the latest round of US sanctions and under the threat of further measures, the ruble has dropped sharply in value against the dollar and euro. 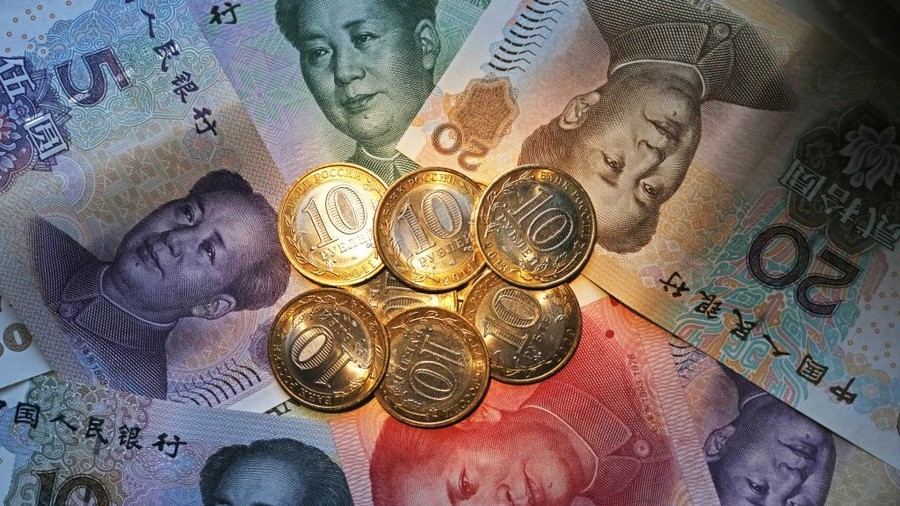 The yuan has fallen steadily against the dollar in recent months.

China is Russia’s largest trading partner. The trade between China and Russia is expected to hit $100 billion this year and there are plans to steadily boost it to $200 billion by 2024. Last year, nine percent of the total payment for all the supplies from Russia to China was made in Rubles. Not only this, the Russian companies dealt with 15 percent of Chinese imports in Yuan. If you look back just three years, you will find those numbers to be just two and nine percent, respectively. In addition to all this, China and Russia also created a Russian-Chinese investment fund of 68 billion yuan (some $10 billion) to establish scientific cooperation, develop trade and economic investment.

The share of China in the Russian international trade turnover is now 15% compared to 11% in 2013.
Source- rt.com