Rick and Morty Season 4 Episode 6 is finally returning and fans are very happy that the series is coming back after such a long break. Adult Swim posted a new trailer on April 1 which confirmed that the sci-fi animated show is ending the mid-season break.

Rick and Morty returns with the second half of season four on Sunday, and we've got an exclusive image to share with you. #RickandMorty https://t.co/sz9sK0r0jk pic.twitter.com/4m8oBoQ995

Dan Harmon and Justin Roiland promised that fans won’t have to wait for more for the next Rick and Morty episode and they delivered. Here are more details on “Rick and Morty” season 4 episode 6 release date, air time, plot spoilers and synopsis.

Rick and Morty Season 4 Episode 6 will release on Sunday, May 3, 2020, as announced in the previous trailer. It will be the first episode after the show has been resumed after the mid-season break. Fans can catch the latest Rick and Morty S04E06 at 11:30 pm EST this Sunday. Adult Swim will stream the latest episodes of Rick and Morty in the US and the fans in the UK can watch it on Channel 4.

Rick and Morty Season 4 Episode 6 is titled “Never Ricking Morty” and the synopsis reads as: “Rick and Morty encounter an animal with magic powers during one of their space adventures.” It will mean that the grandfather-grandson duo will go for another adventure in space and encounter a mystical animal.

Fans are in for a treat as it will be another wacky episode with the crazy duo returning to TV screens after five months. The next four episodes of Rick and Morty Season 4 have the following titles and synopsis. 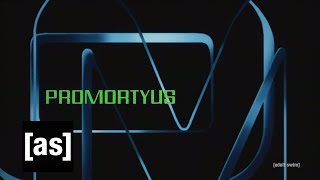