Rick and Morty Season 4 Episode 6 release date updates are not yet out and it is almost two months since the mid-season break. Fans of this sci-fi animated series are getting angry, while the creators of Rick and Morty, Adult Swim has told them to have some patience. Everyone wants to know the release date of the next Rick and Morty episode so that they have at least an idea about the waiting time.

Give your scrolling finger a break. pic.twitter.com/xjDtqKlgCs

People have waited for years between two seasons of Rick and Morty, but the makers assured the fans that there won’t be a long break from now on as Adult Swim ordered 70 new episodes of the show. However, Rick and Morty S04E06 release date is yet unknown and there are only a few possibilities that hint on several air dates for the next episode.

Rick and Morty Season 4 will return in 2020 and you can trust us is the only thing Adult Swim has said officially till now. While some of the fans are losing patience, regular TV audience knows that mid-season break lasts about 2 to 3 months and Rick and Morty Season 4 Episode 6 release date could be somewhere in March 2020. There are also some rumors that Rick and Morty 4×06 will release on April 1, but that could be one of the April fool prank jokes too.

You can trust us. @adultswim #rickandmorty pic.twitter.com/HaPXN7mJyO

Rick and Morty Season 4 Episode 6 release is now delayed for around two months and some of the fans have started to worry. Adult Swim had time to create a special Pringles commercial for Super Bowl 2020, but they can’t come up with the sixth episode. Spencer Grammer who works as the voice actor of Summer Smith in Rick and Morty revealed that she had finished recording her lines for Episode 10, meaning that the show is in post-production and the delay is part of the process. 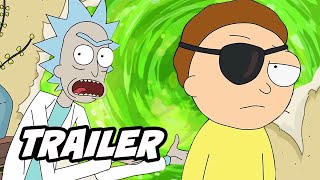