Game of Thrones fans have been waiting very patiently for the finale season after its seventh season last year. Any news about the show’s finale season creates a stir among the fans.

It’s time that we get some more news about the finale season of Game of Thrones. HBO has recently released a teaser video for the promotion of the show’s finale season. Unfortunately, there is no new footage in the teaser. The teaser gives a recap of how the villains and the heroes of the show reached the impending conclusion. The finale of the show is going to be dramatic and emotional. The teaser featured the stunning shots of Jon Snow, Daenerys Targaryen and the others and said,

Every battle. Every betrayal. Every risk. Every fight. Every sacrifice. Every death. All for the throne.

The trailer revealed that the finale season will consist of six episodes and will be aired in April next year. However, there is no specific airdate for its first episode yet which is directed by David Nutter and written by Dave Hill.

Season 8’s filming began in October last year and was completed ten months later. The Game of Thrones twitter account has already started promoting the show with several tweets this Tuesday. All these tweets will remind you about the entire journey of the thrones and how the characters reached where they are now.

Read more:  Supernatural ending with season 14? Will there be a season 15?

The final episode of the previous season has left the audience with a lot of questions as to what will happen next. And when it’s finally coming back, it will be even harder to go through the last months of waiting for the show’s fans. 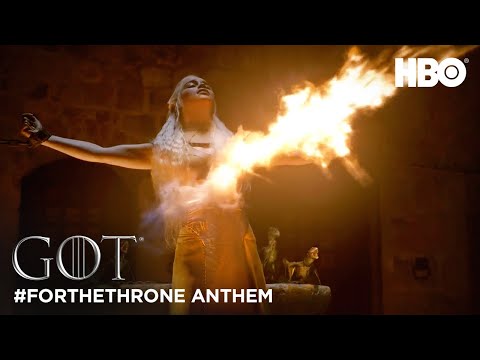 Season 8 will open up at Winterfell with Jon Snow, Daenerys Targaryen and their army waiting for the final battle. Bryan Cogman, the co-executive producer said,

It’s about all of these disparate characters coming together to face a common enemy, dealing with their own past, and defining the person they want to be in the face of certain death.