All the Prison Break fans around the world were desperate for an update.  Prison Break is a superhit Fox Television drama. There are existing five seasons of the show. Amidst the coronavirus quarantine, there were hardly hopes for a new season.

The fourth season was almost canceled. However, it wasn’t.

The series Prison break, made a comeback, in 2017. The fourth season came as an 8-episode installment.

There are no official updates, nevertheless, rumors suggest that the new season will be launched by a Disney-FOX merge.

“I get smashed with ‘when is #prisonbreak 6 happening’. What I can promise is this. We are all in agreement that if the story is worth it will get made,” Purcell conveyed via Instagram.

“Now with the horror of this #virus the calamity of it all drills inside me a new focus a steely resolve with PRISON BREAK 6– I’m very optimistic with #socialdistancing and a fierce adherence to expert opinion on how to beat this catastrophic unprecedented event, we all as one will be victorious over #coronavirus — corporations such as #netflix are desperate for content,” he continued.

Additionally, Purcell shared his video. The post had a scene of him with Wentworth Miller’s Michael.

Undoubtedly, the critics did not respond well to the revival. Since there is just a 55% approval rating on the Rotten Tomatoes.

However, the audience gave it a scoring a 75% rating. 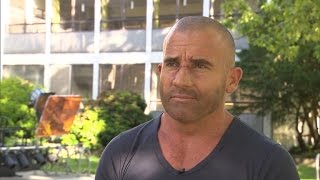