The pricing for its second variant from Macan S medium SUV range has been released by Porsche Cars Australia. The car is expected to arrive in Q1 2018 at $97,500 and on-road costs.

In October last year, the entry level Macan was available at $81,400.  However, there are no details regarding the higher specs Turbo and GTS variants. The standard Macan has a 185kW/370Nm 2.0 litre turbocharged four cylinder petrol engine. The Macan S takes it a notch up to 260kW/480Nm with 3.0 litre Turbo petrol V6 power plant. 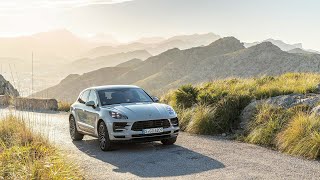 Porsche engineers extracted an extra 10kW/20Nm out of the carry over V6 engine in an update. This will allow it to sprint from 0-100 km/h in 5.1 seconds. This is quicker than its earlier speed. The Macan S has the benefit of range-wide facelift and new LED tail lights as well. Apart from that, it has a larger touchscreen display which is 10.9 inch large and the overhauled Porsche Communication Management system.

The Macan S’s classic dynamics have also been adjusted. The ride comfort has improved and ‘newly tuned’ sway bars have also been added. The car is ready for more neutral handling, as per Porsche. There is improvement in braking and the size of front rotors is increased to 360 mm instead of 10 mm. New brake pads with lighter pedal have been added for precise feel. 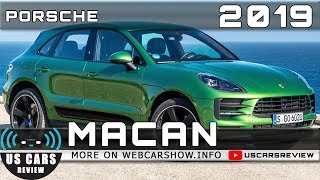 Porsche Ceramic Composite Brake (PCCB) package has also been offered by Porsche. The package will consist of GT sports steering wheel from the 911 sports car, an ionizer with improved cabin air quality and a heated windshield.